With the full-size Toyota Tundra now fully official, Toyota has focused its engineering efforts on developing the next-generation Tacoma midsize truck. We just caught our first look at an early prototype for the perennial segment leader.

The midsize nature of the Tacoma prototype is clearly evident, despite the heavy camouflage. The prototype displays heavy Tundra overtones, suggesting that either the distinctive styling of the full-size truck will migrate to the midsize segment—or this test truck is using modified Tundra body parts in its initial phase of testing.

Beyond the exterior design, the Toyota has employed the same camouflage method on the Tacoma as it had on the full-size Tundra—including the sweeper-style camo hanging from the rear bumper. On the Tundra, that camo was used to hide the new coil-spring rear suspension. While we couldn’t climb under this Tacoma prototype for a comparison, what we can see points to a similar coil-spring set-up on the midsize truck. We can’t see any evidence of leaf springs, and the elements of the Tacoma's rear subframe and differential look very similar to what was spotted on Tundra prototypes.

The mechanical similarities make sense, considering reports that the Tundra and Tacoma will share Toyota’s all-new “F1” platform—a flexible architecture that is also expected to underpin the next-generation of the legendary Hilux pickup sold globally.

Our sources report that the next-generation Tacoma will reach the market in 2023, as a 2024 model. 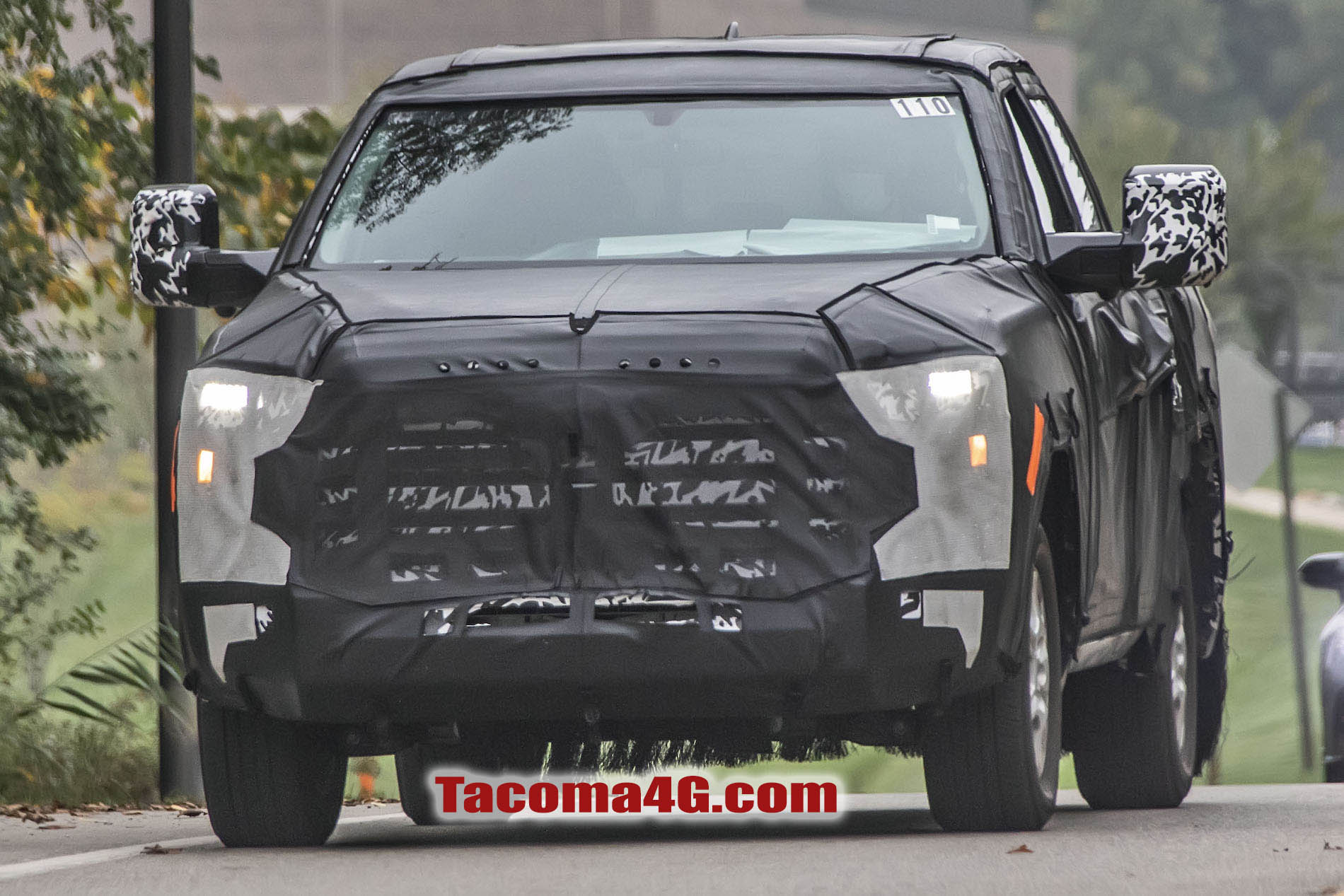 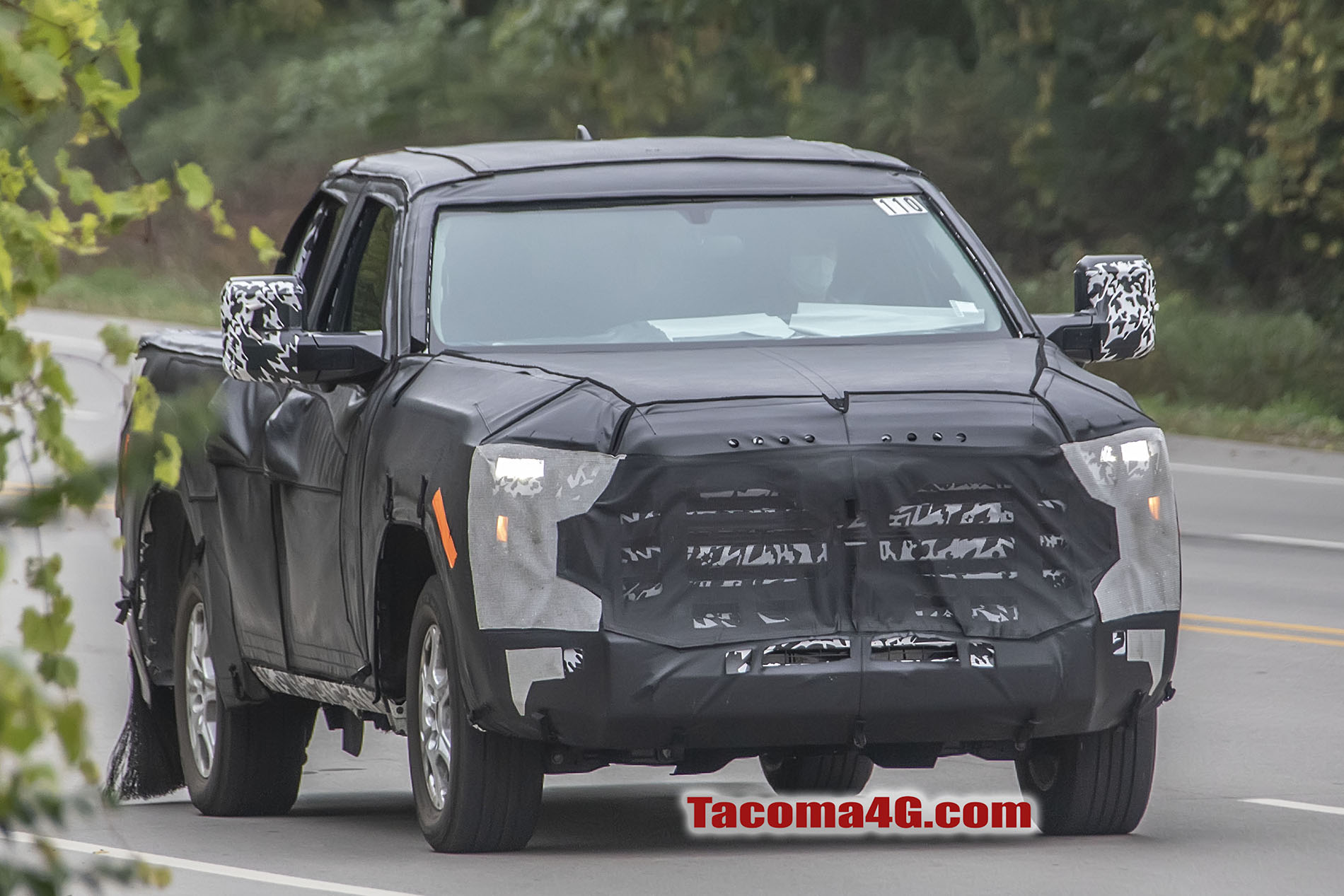 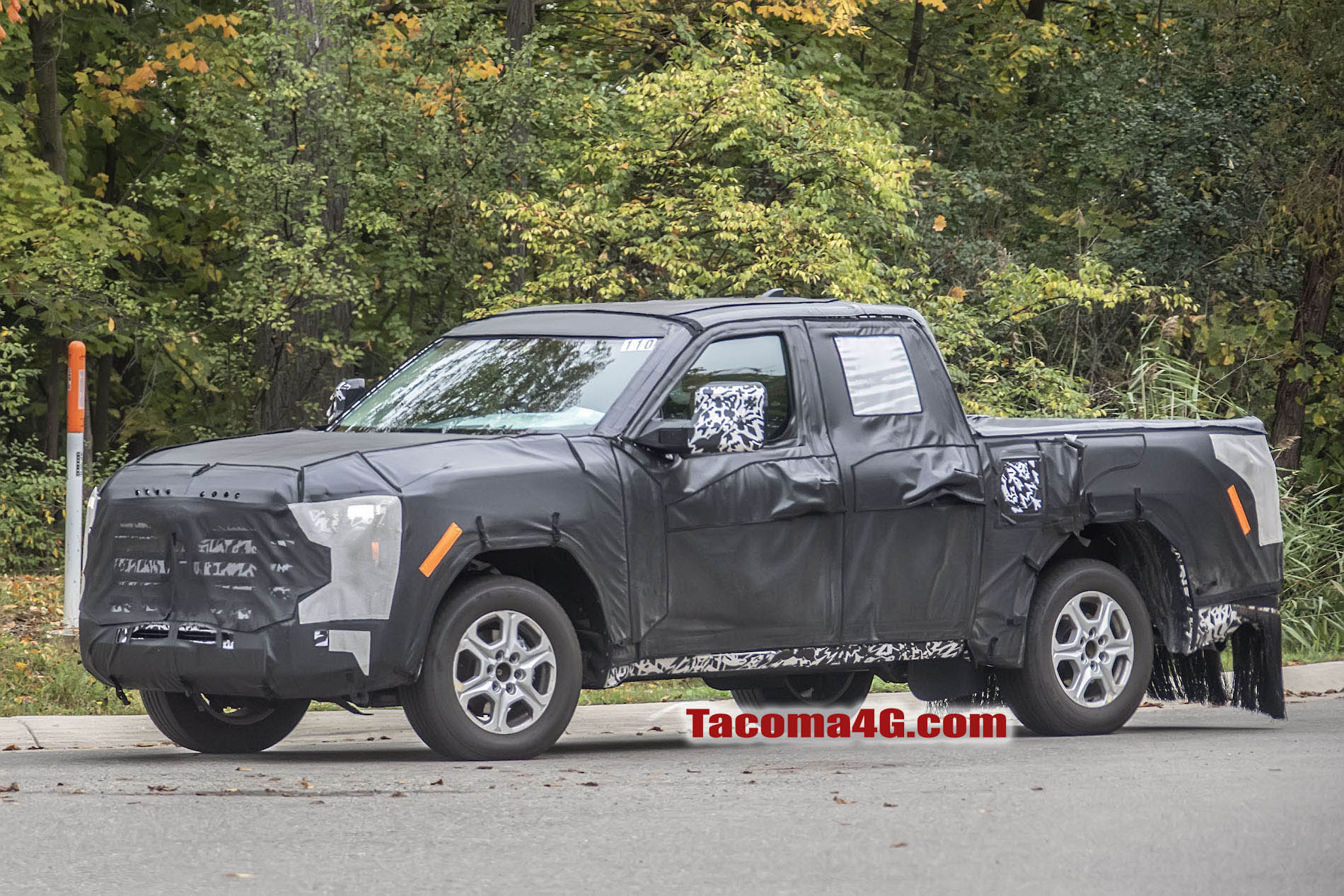 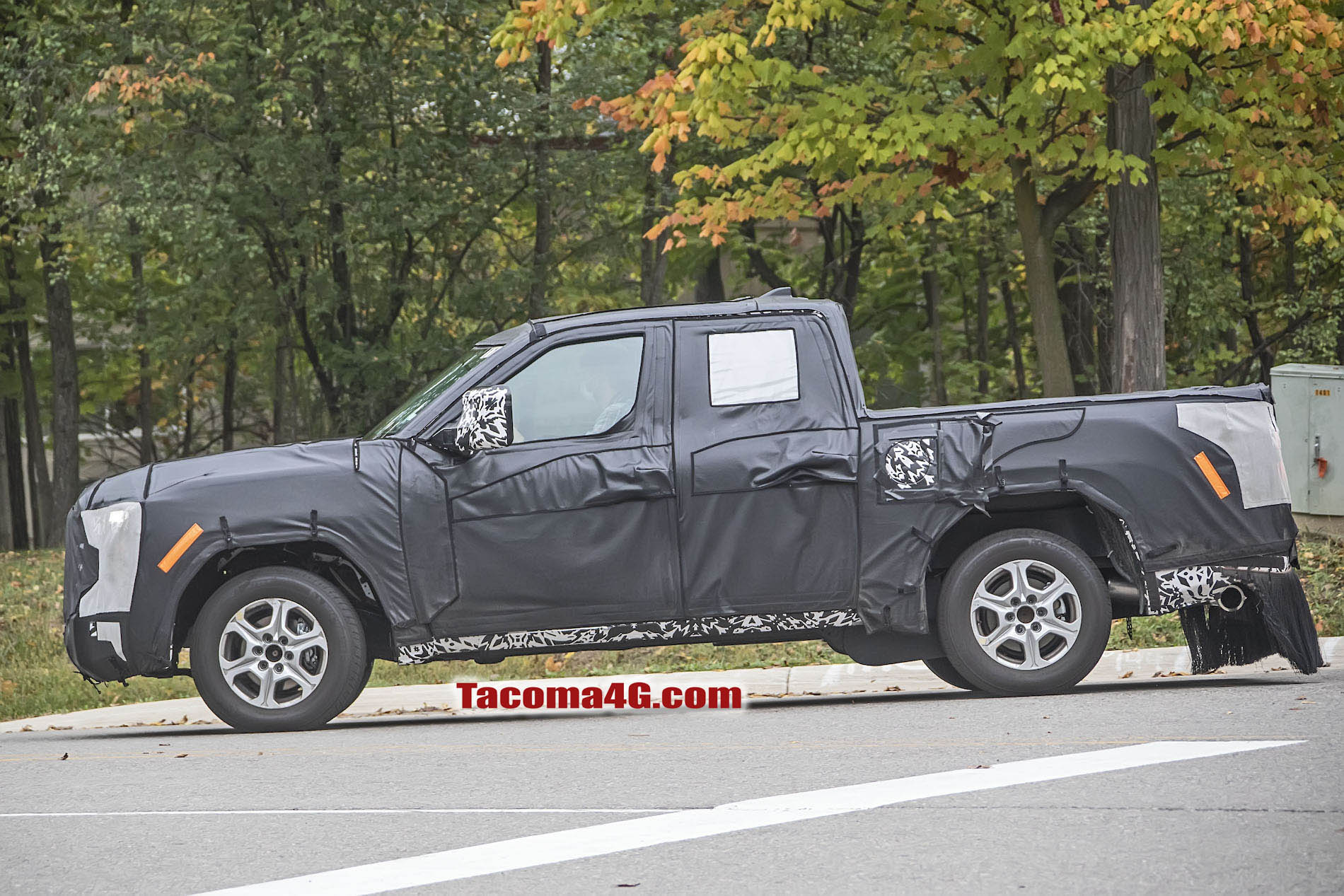 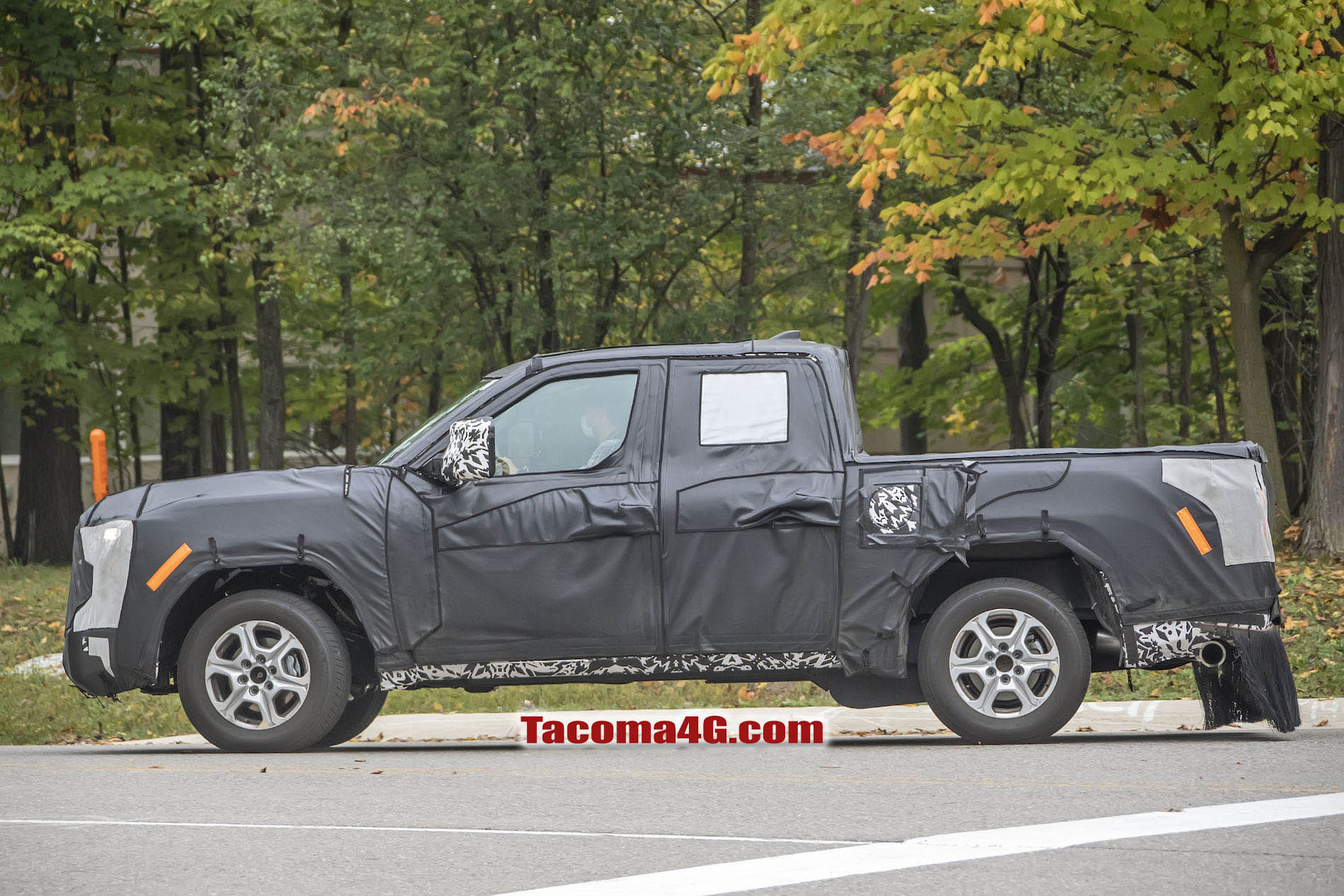 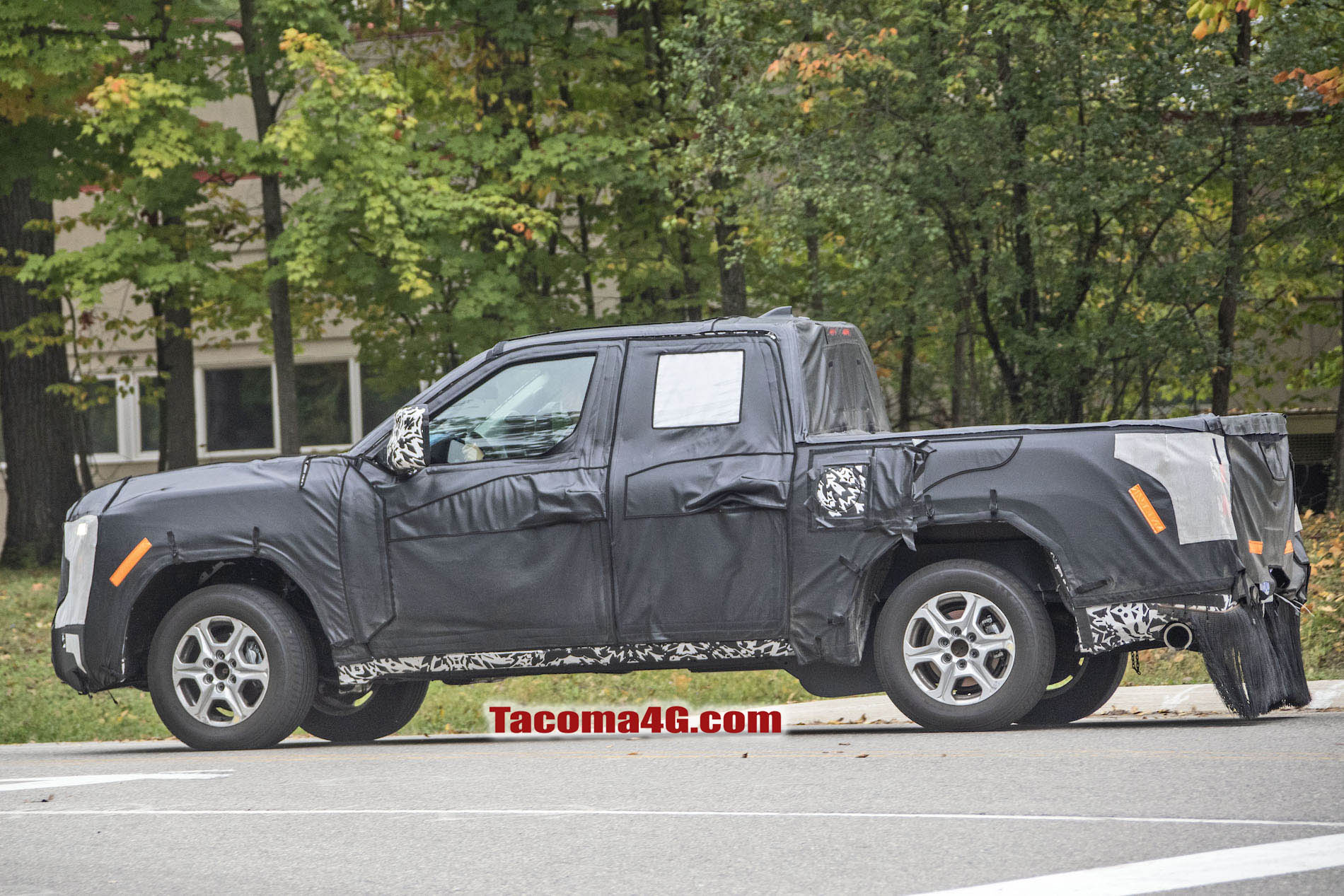 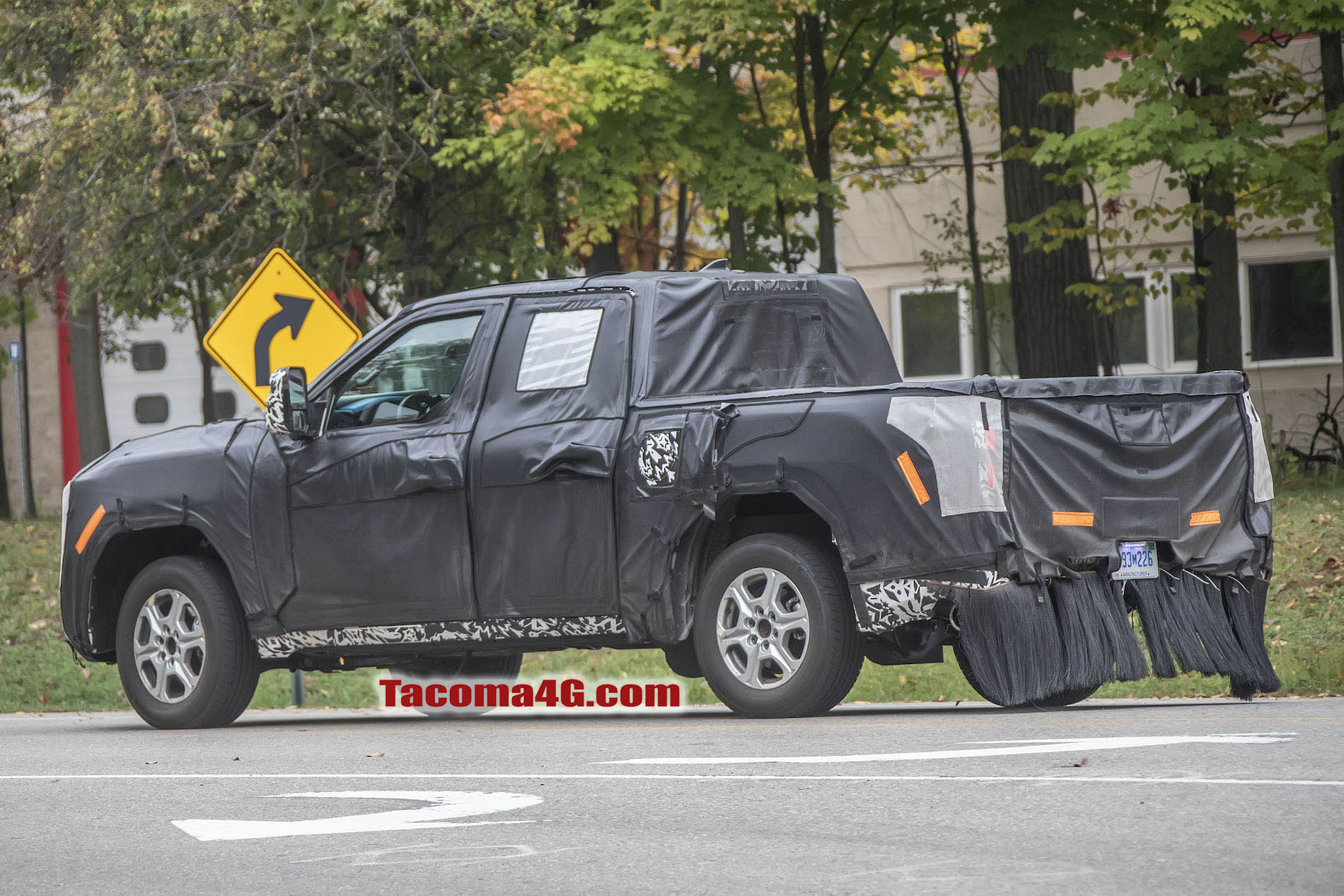 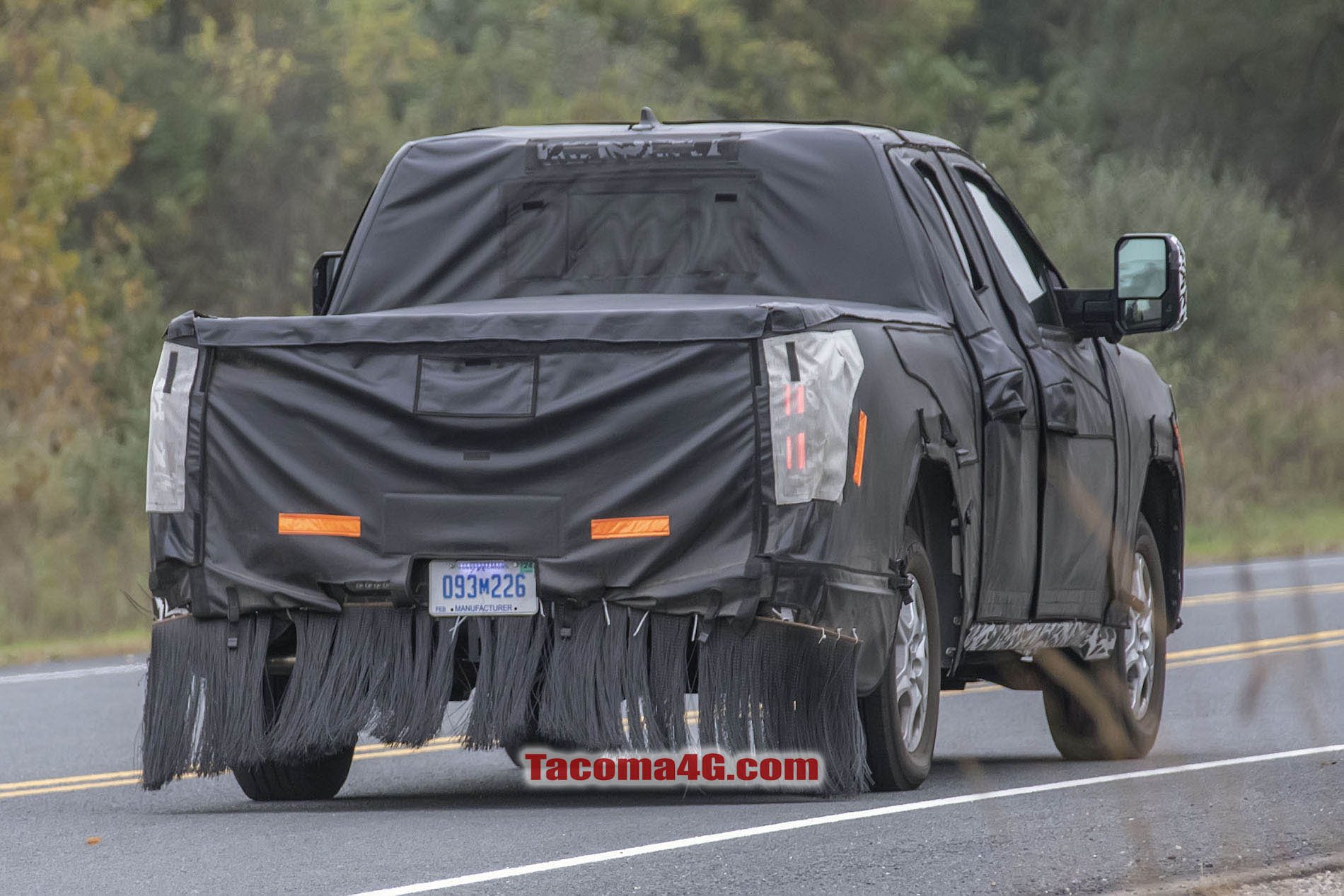 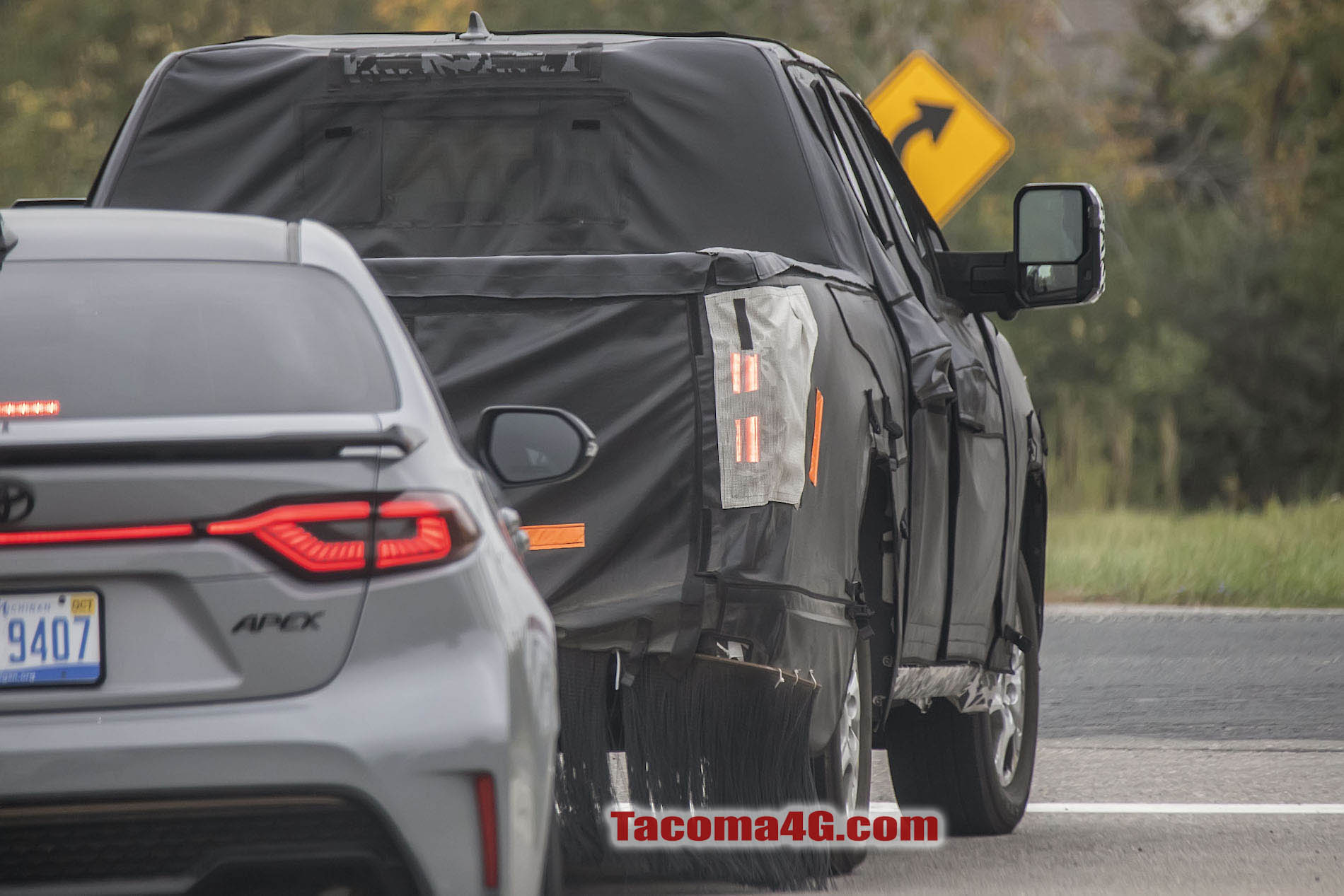 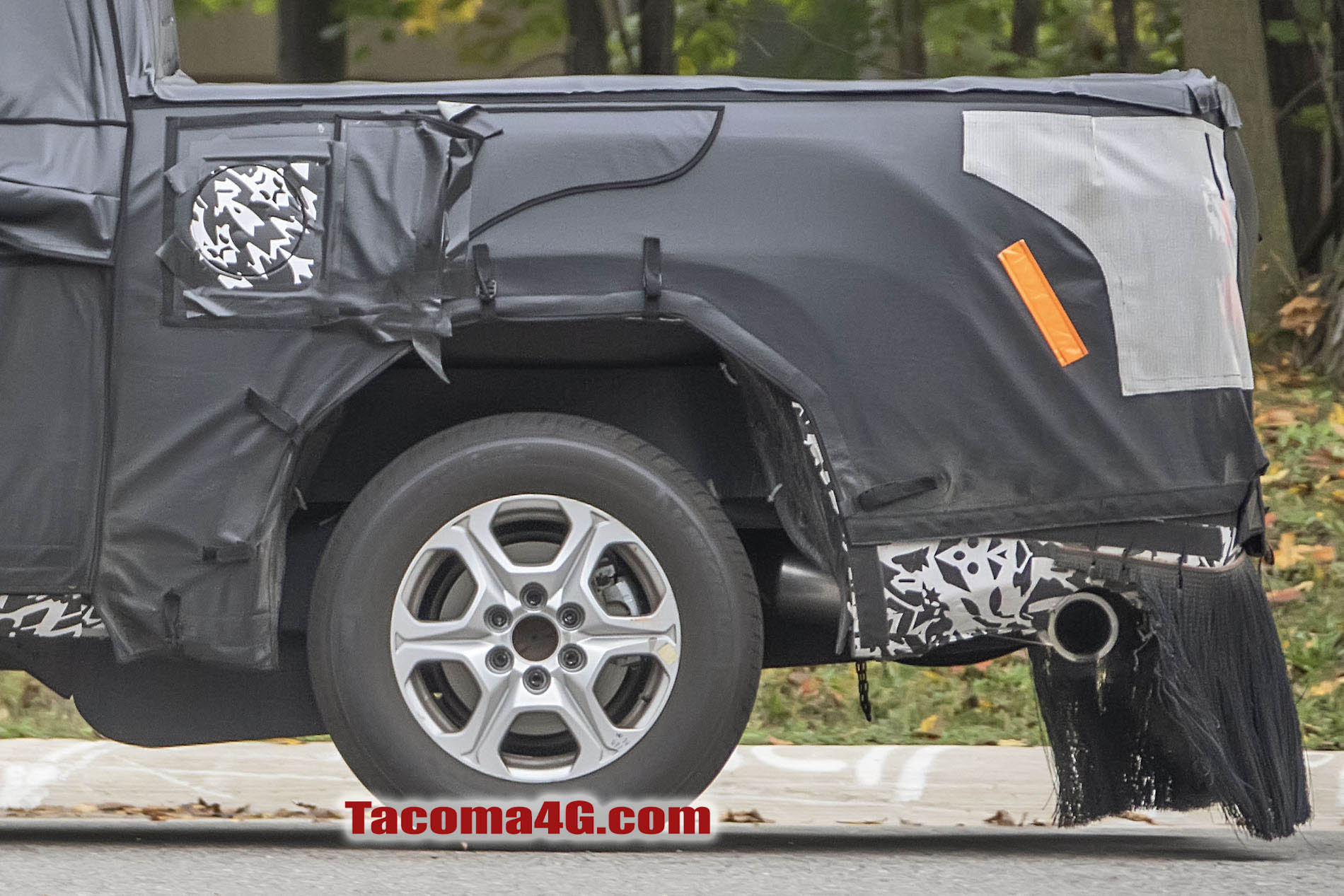 Pretty early sighting for a 2024 model!

Grille / face looks huge. Will it have a Tundra like face? 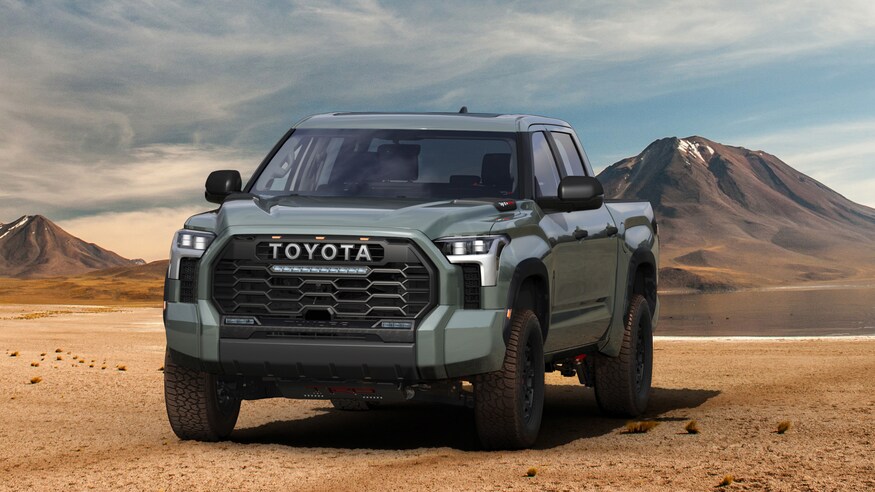 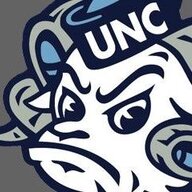 This will probably be my next truck unless I decide to go bigger. The Gladiator's been a disappointment to me with reliability issues. Shame since it's a fun ownership experience otherwise.

To all current Tacoma owners - have your trucks been as reliable and issue free as Toyota vehicle's reputation?

Grille / face looks huge. Will it have a Tundra like face?