We caught a mule for the next-generation Toyota Tacoma engaged in some off-road testing, giving us our clearest look yet at some of its new Tundra-based details.

No Suspension Camo—Evidence of Coil Springs Shows Through
All prior mules for the 2024 Tacoma have had heavy “sweeper-style” camouflage hanging down from the rear bumper, and additional camo in front of the rear wheels, but all of that is missing on this latest prototype. These were off-road tests, and it seems that Toyota engineers had to remove all obstructions to best assess the new Tacoma’s clearances in the face of nasty trail hazards. With the suspension camo gone, we were able to get our best look at the Tacoma’s new suspension design—and it’s clearly heavily influenced by Toyota’s new Tundra.

The new Tundra uses Toyota’s TNGA GA-F platform (also shared with the new Land Cruiser), and the Tacoma has been expected to use an adaptation of this new architecture to modernize its midsize offering. These new shots help to confirm that something very close to the Tundra is being used to build the new Tacoma. We see evidence of the same rear suspension details, and the same mounting points for the coil springs. We also get an uncovered look at the Tacoma’s rear trailing arm design, which are another match to the Tundra’s rear suspension design. There are definitely no leaf springs in use on the next-gen Tacoma. All of the benefits enjoyed by the modernized Tundra should trickle right down to the Tacoma, to help it battle the likes of the Ford Ranger, Nissan Frontier, GMC Canyon and Chevy Colorado—all which will have been redesigned when this Tacoma is finally ready for to debut.

We also get a look at the Tacoma’s pickup box in its early stage of assemble. Let’s just say it's in a pretty basic state at this stage of testing.

A Look Inside The Tacoma Mule
Our latest shots finally give us a look at some elements of elements of the Tacoma’s interior, and things are…rough. These early prototypes are clearly using the Tundra’s interior, but it looks like the truck was found at a chop shop. Much of the dash is exposed for easy access to wiring, while the Tacoma’s design is finalized. There’s still a lot of work to do to get to a finished, production-ready truck.

Many modified Tundra parts are in use throughout the initial Tacoma prototypes, scaled-down to a midsize footprint. The placement of the fuel door—and it’s relation to the cab—says that this mule is fitted with a 5.5-foot bed (which is only available on the the Tundra’s CrewMax configurations. The shortest bed that can be optioned on a Tundra Double Cab is 6.5-feet, which would place the fuel door much farther from the cab. It’s clear that this mule—with its smaller and cab and shorter bed—is designed to test a smaller, midsize truck like the upcoming Tacoma. 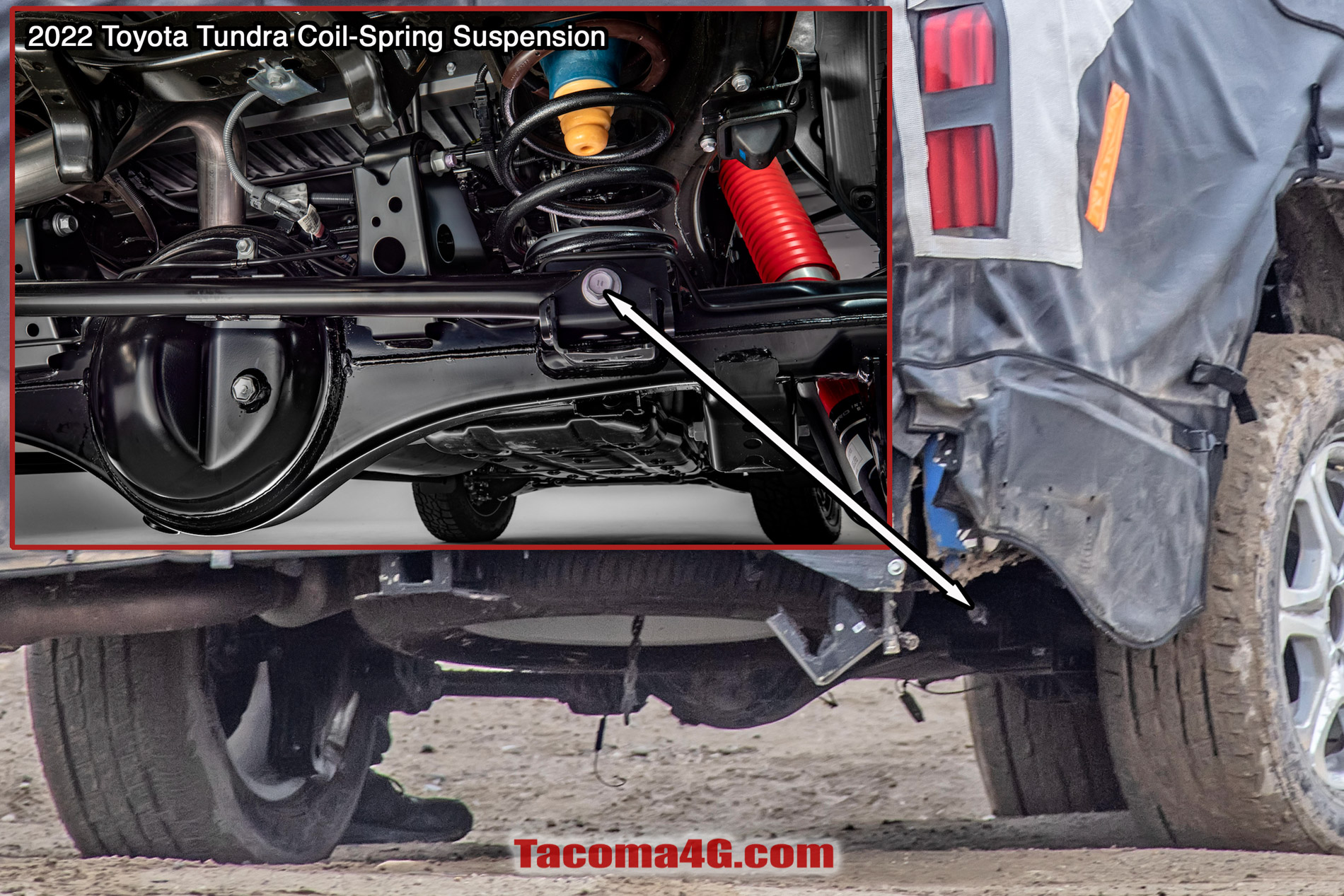 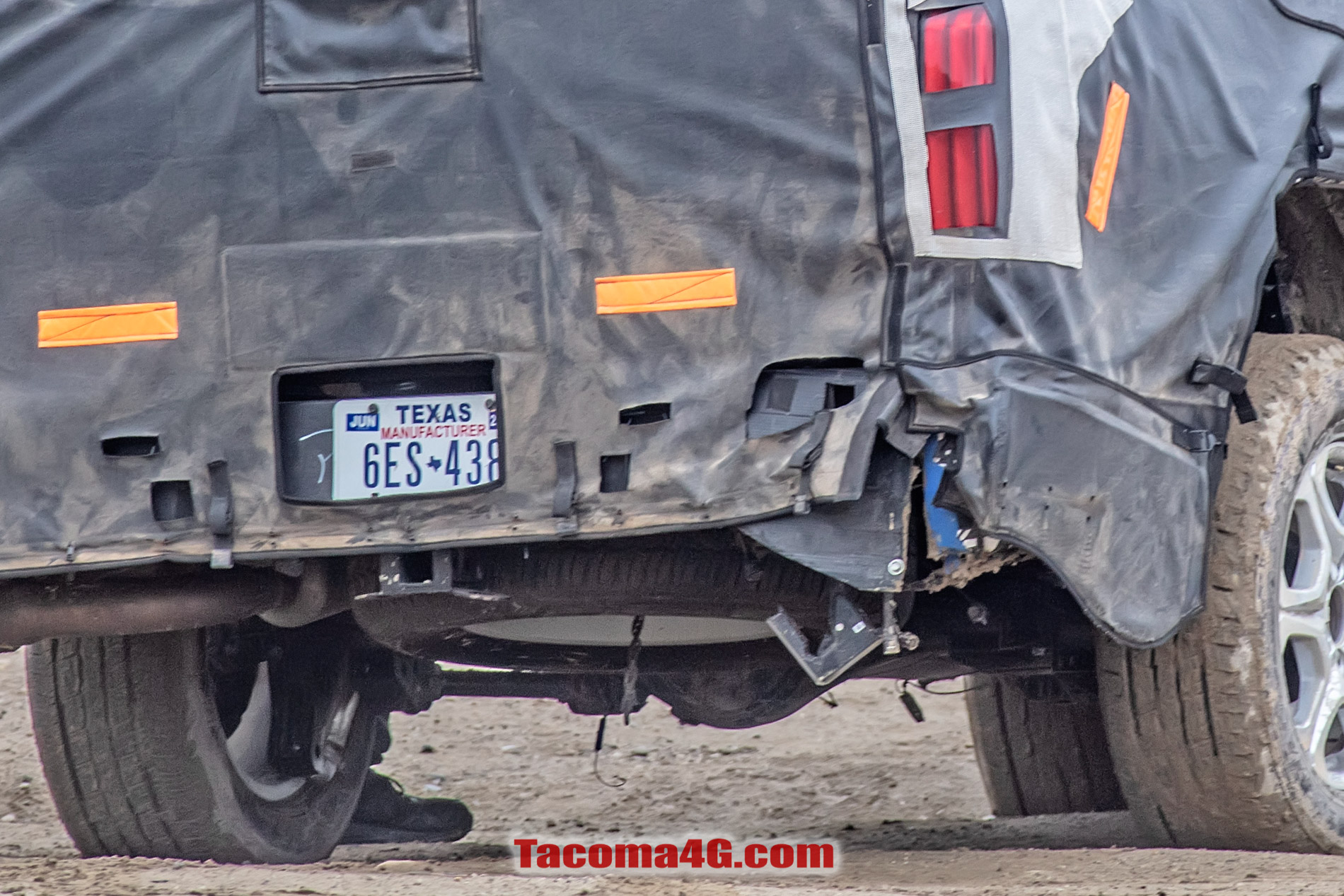 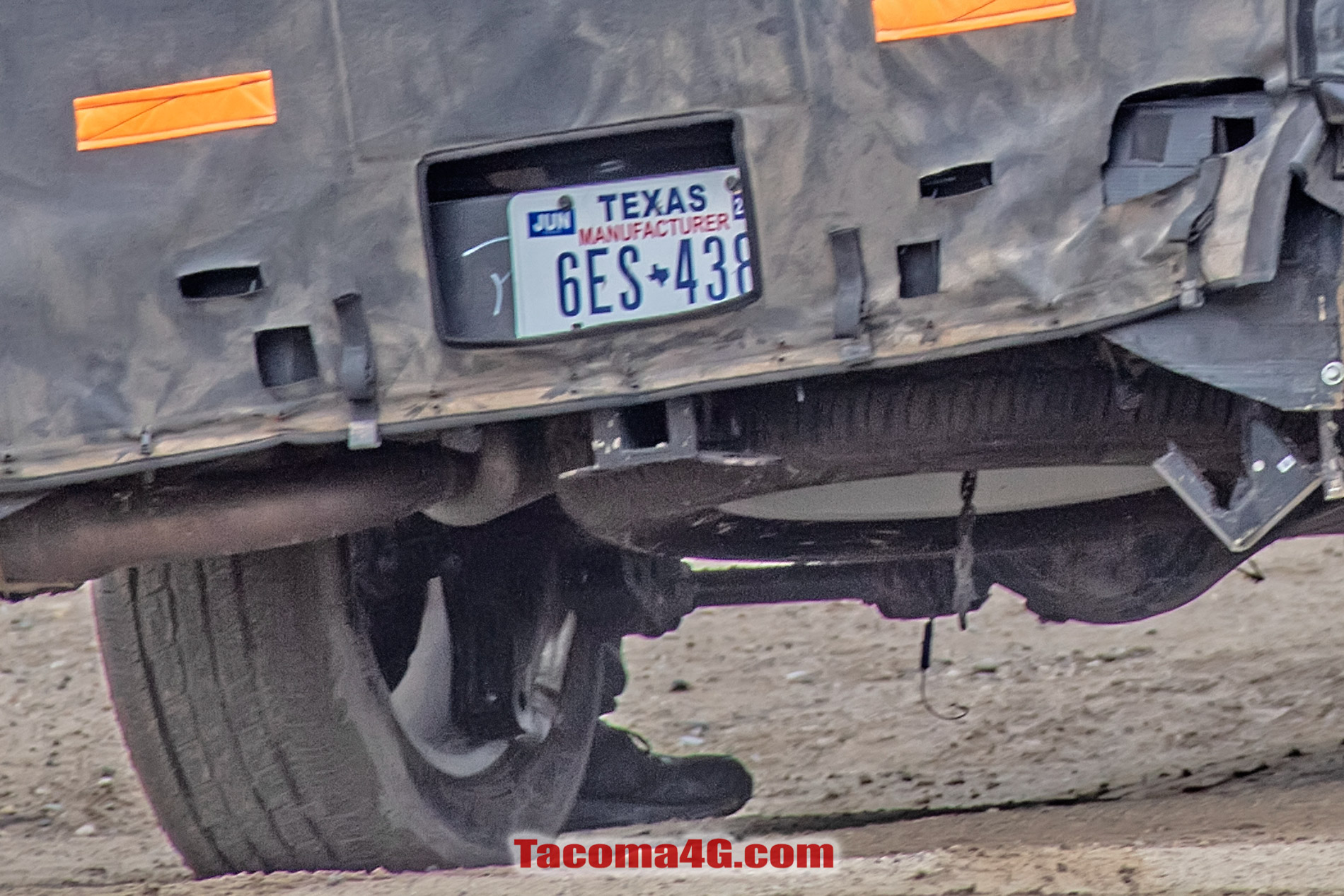 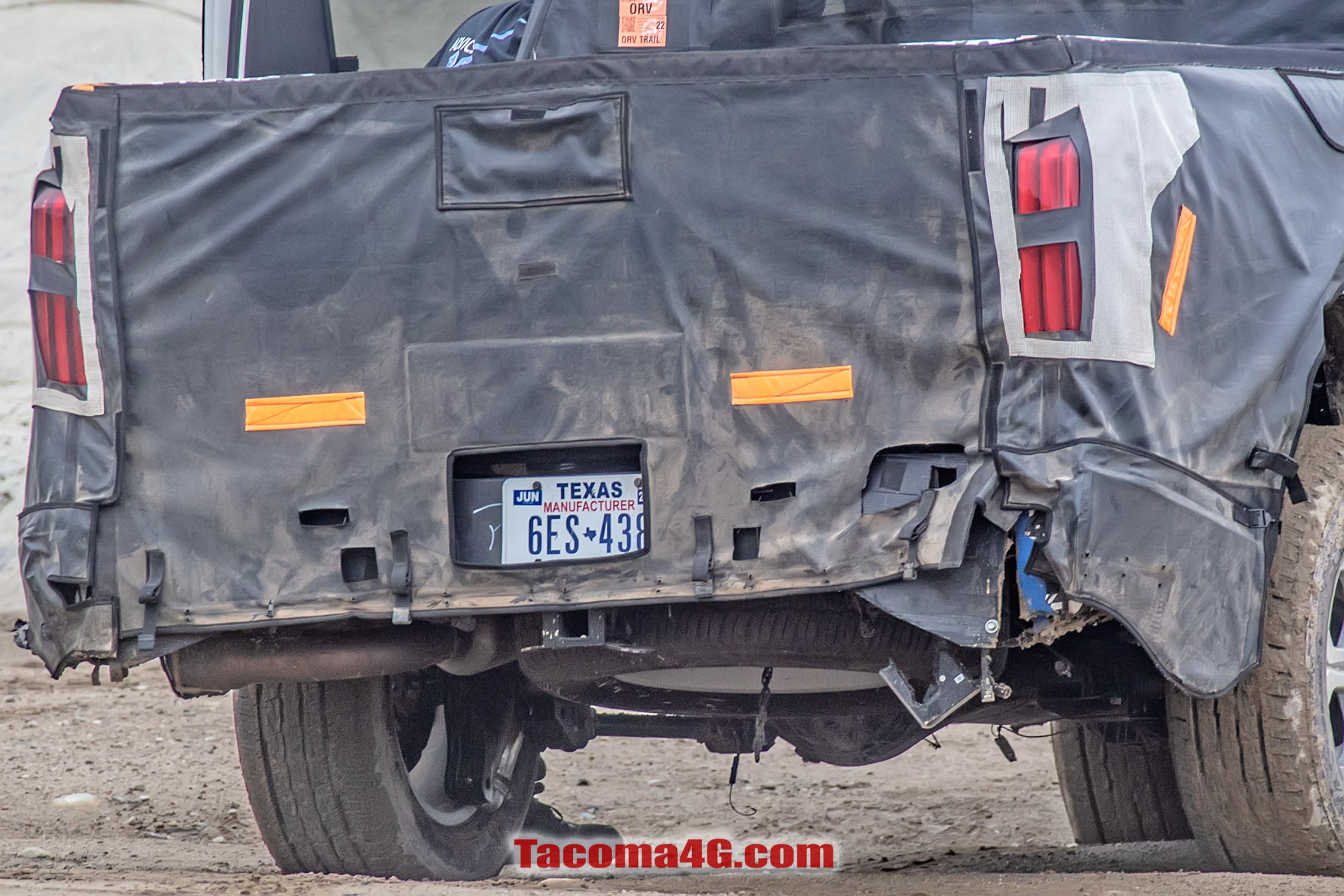 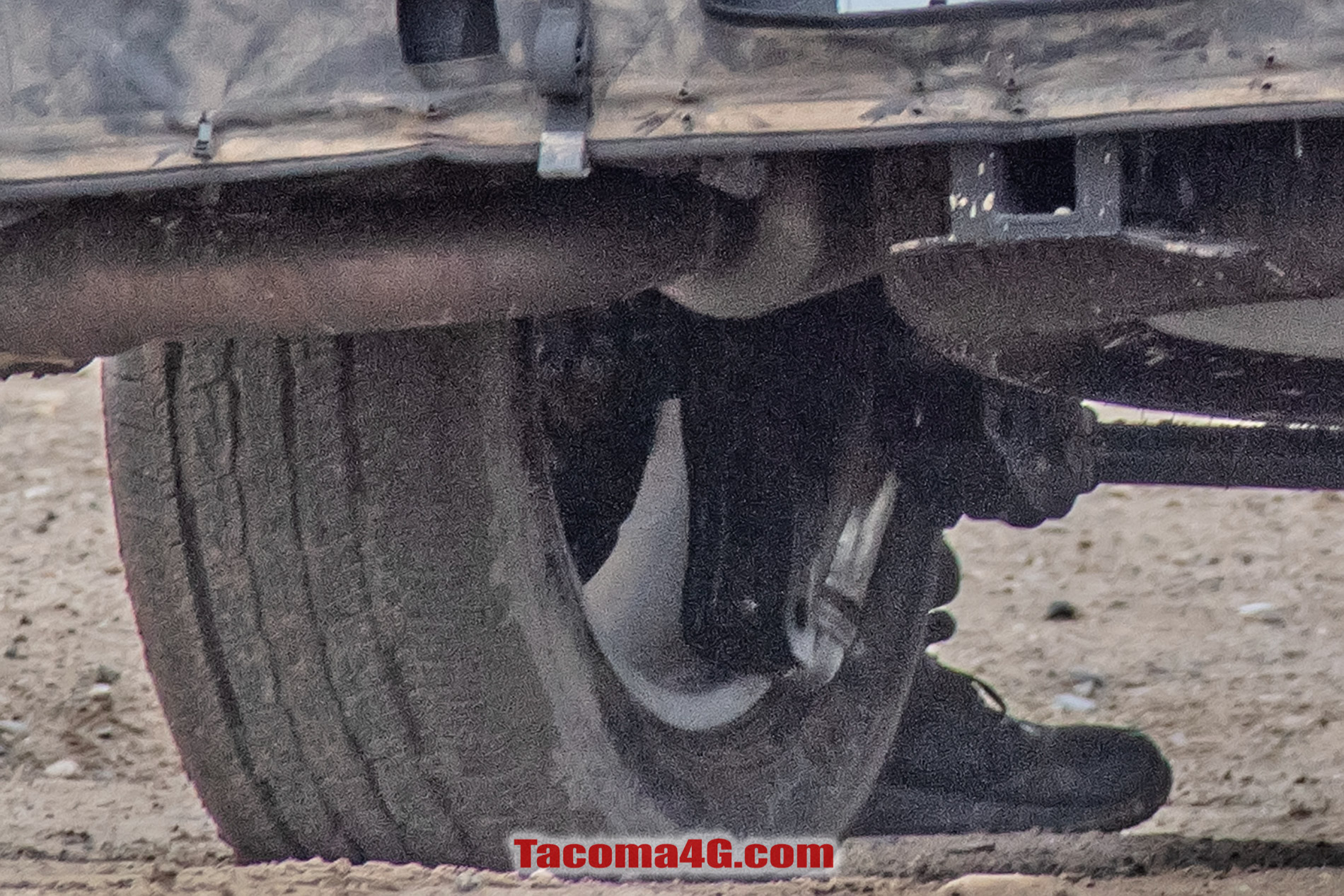 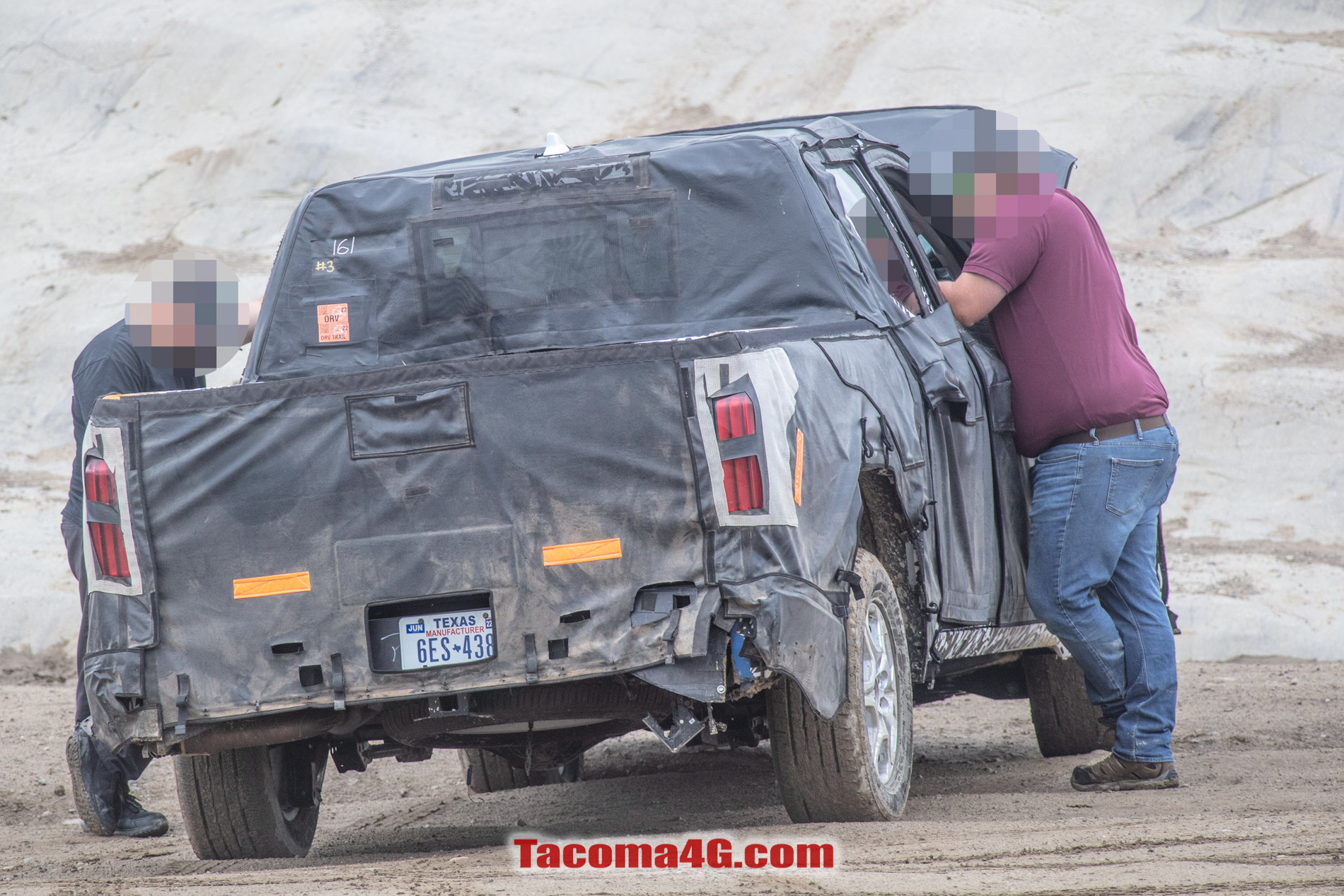 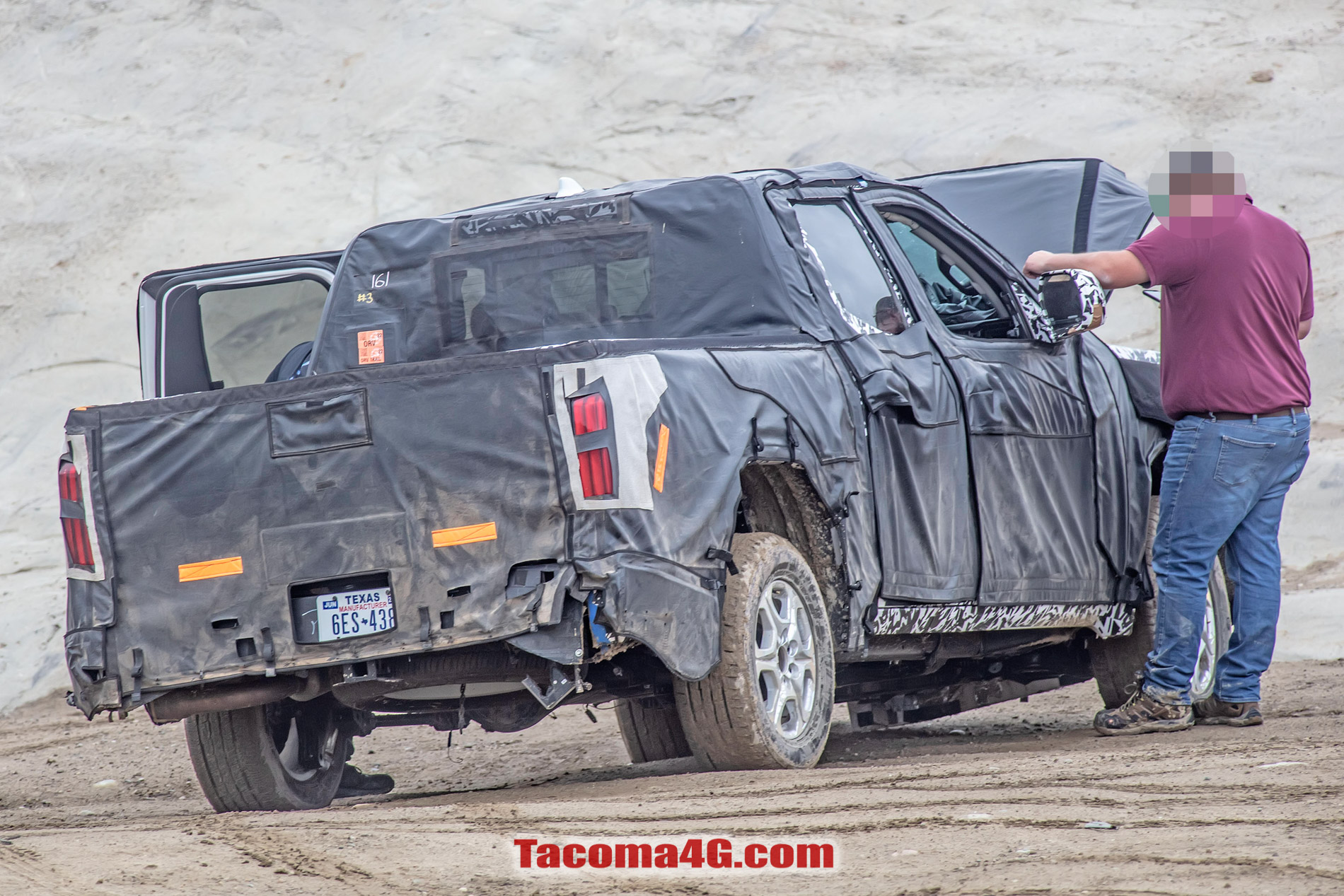 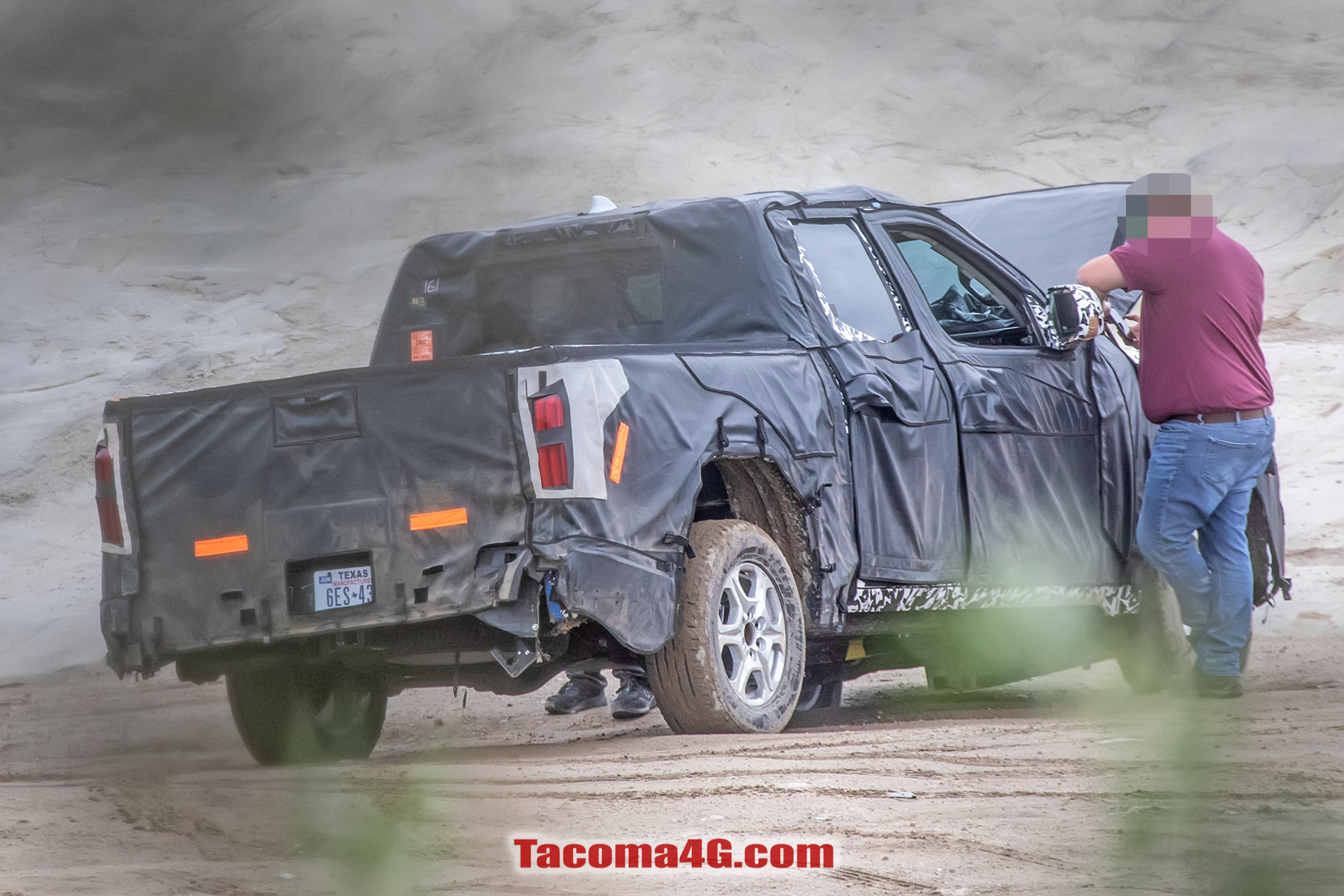 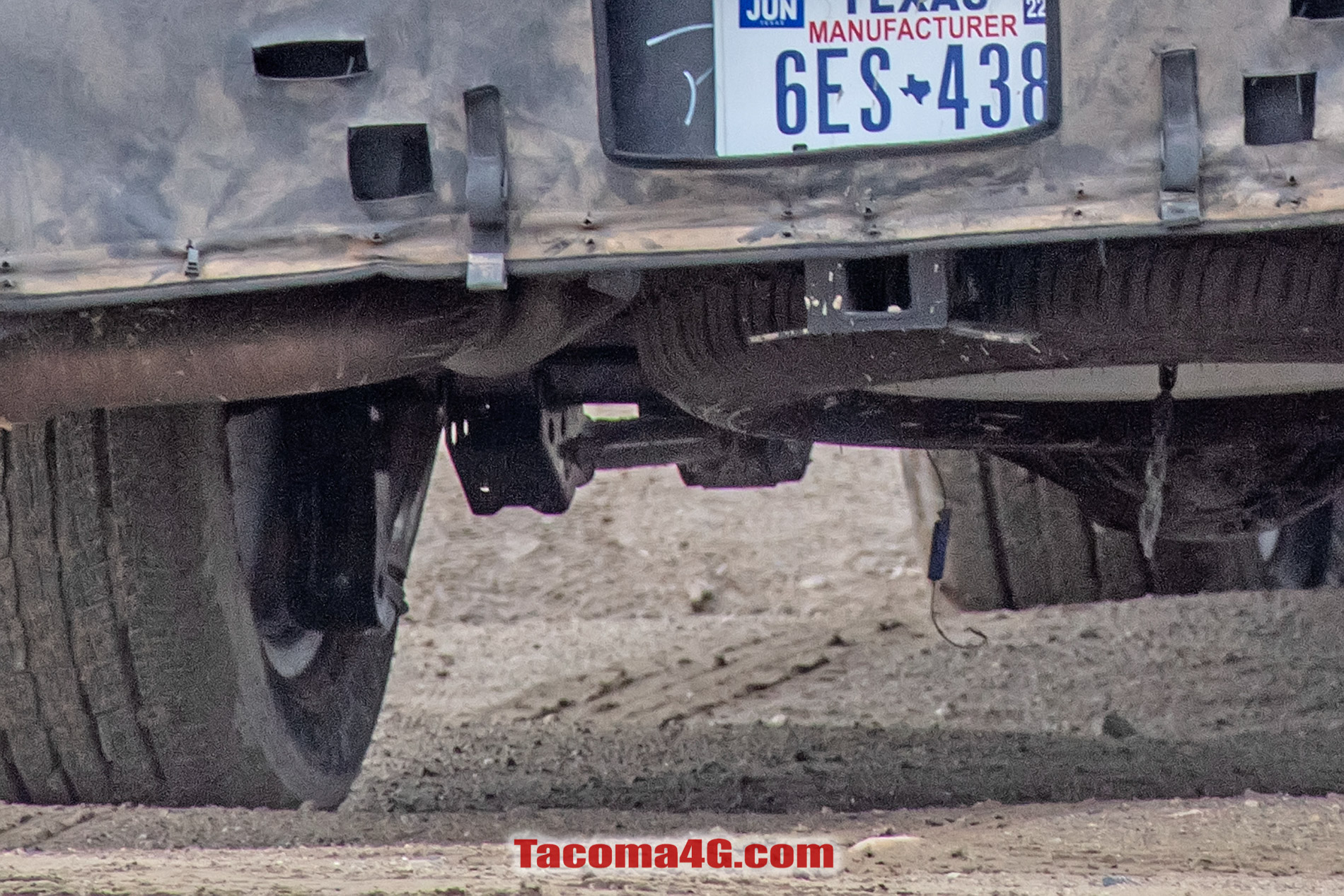 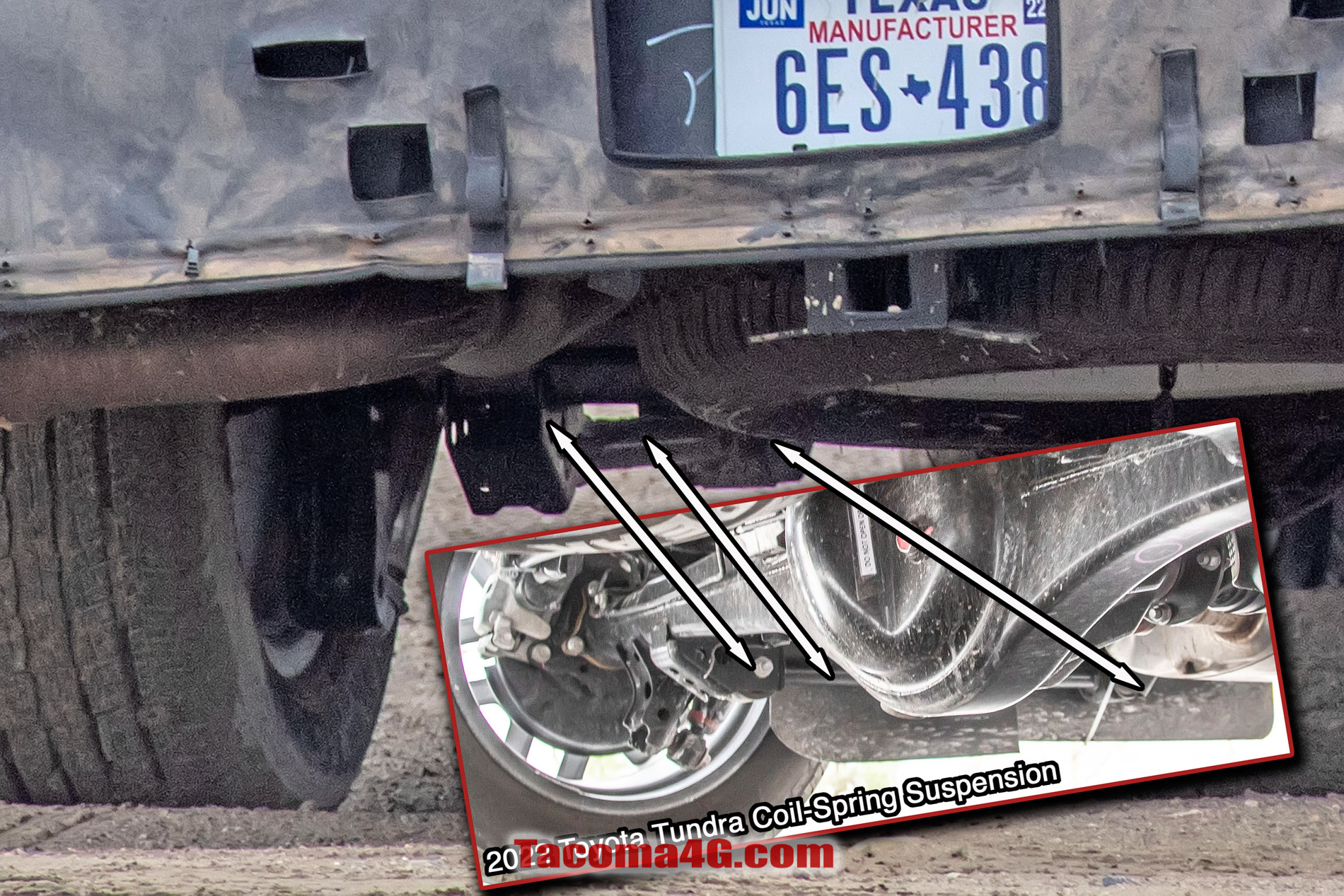 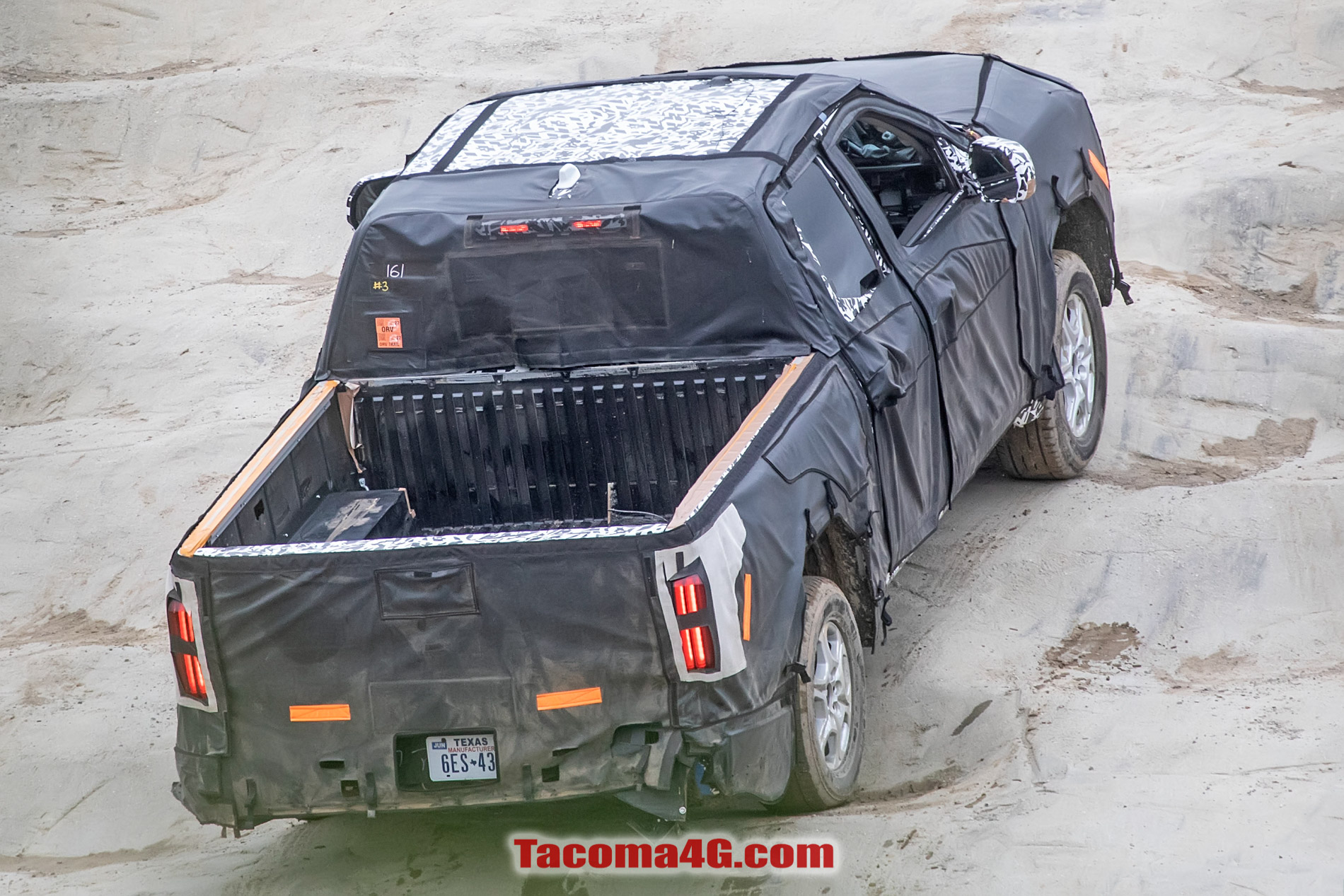 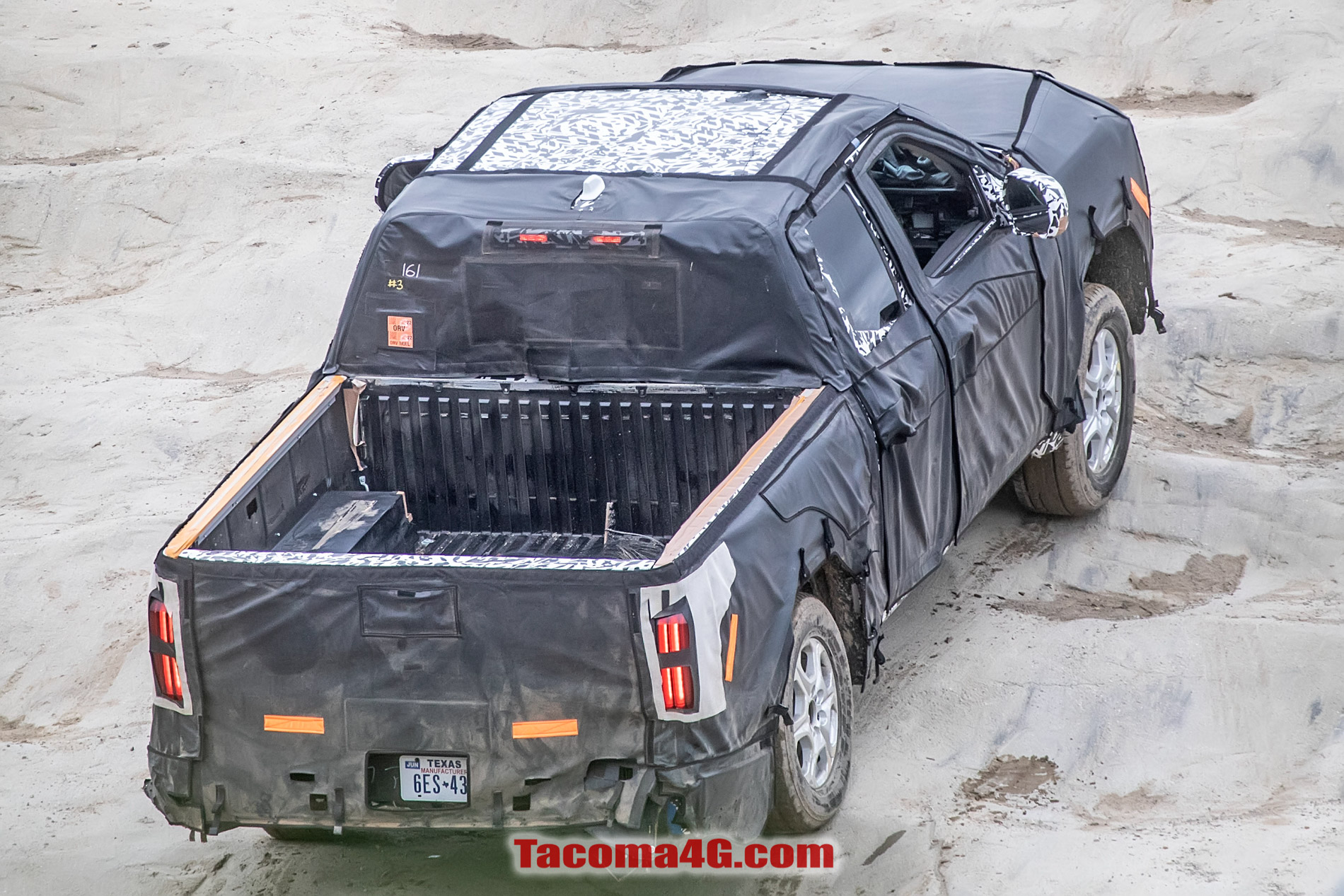 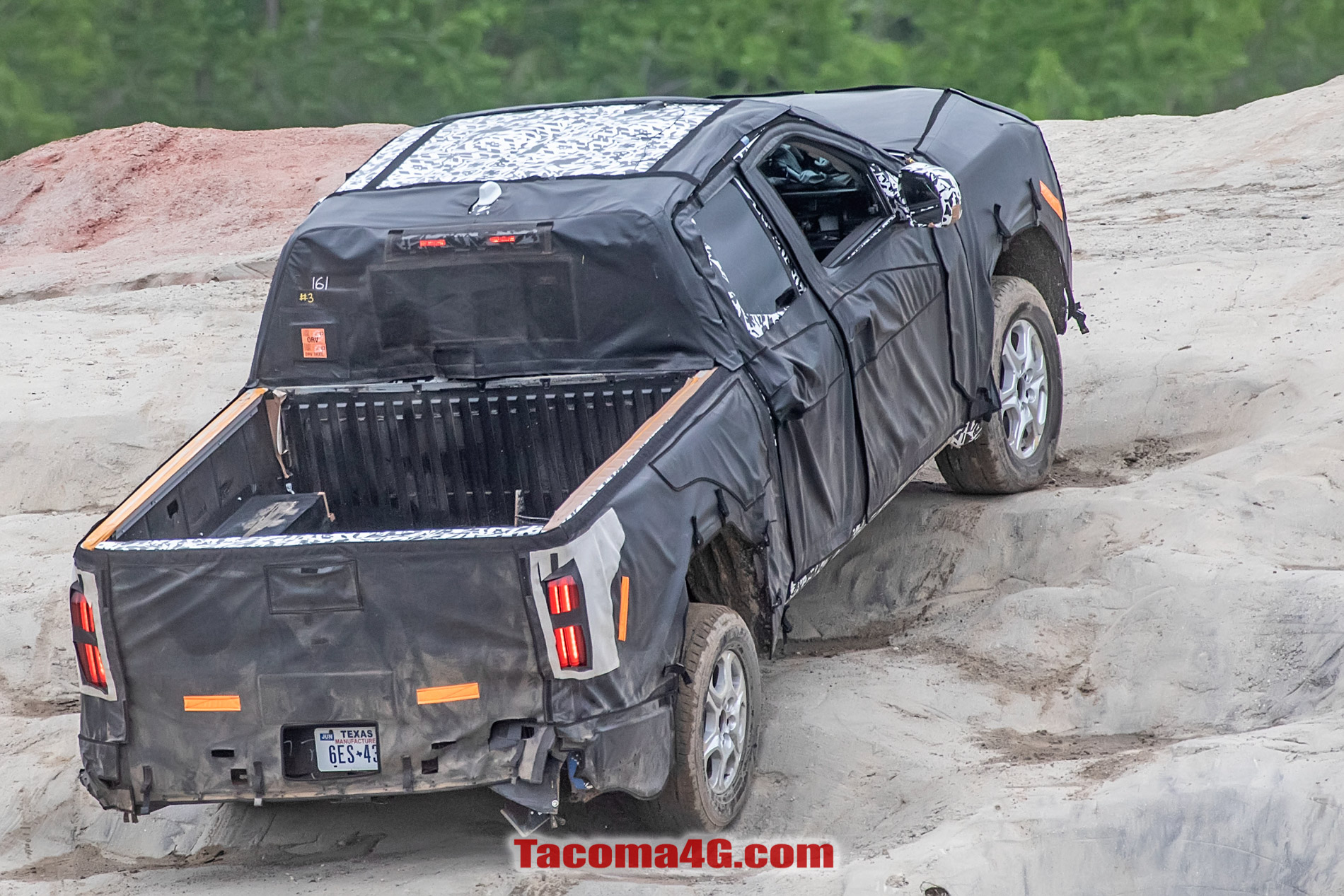 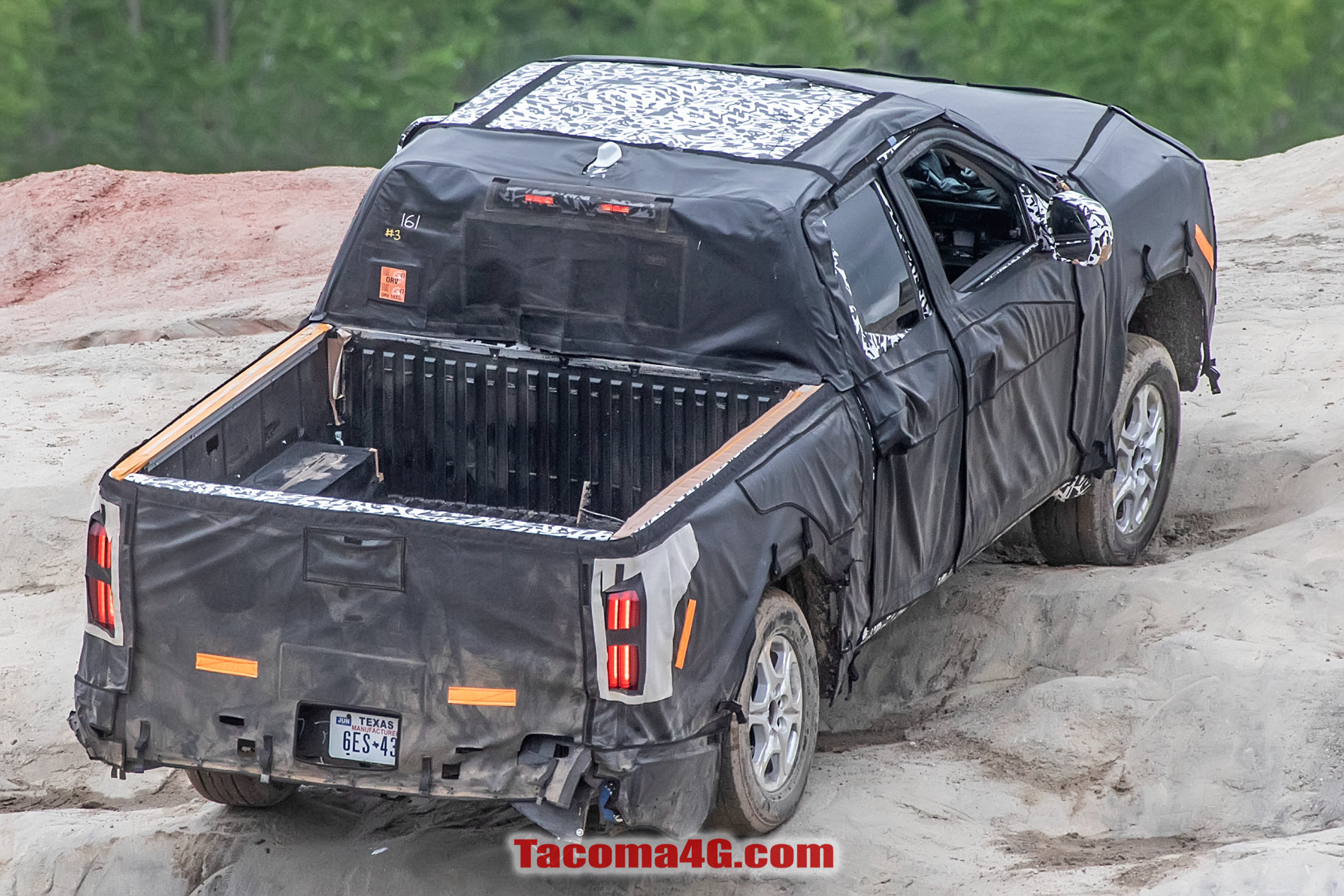 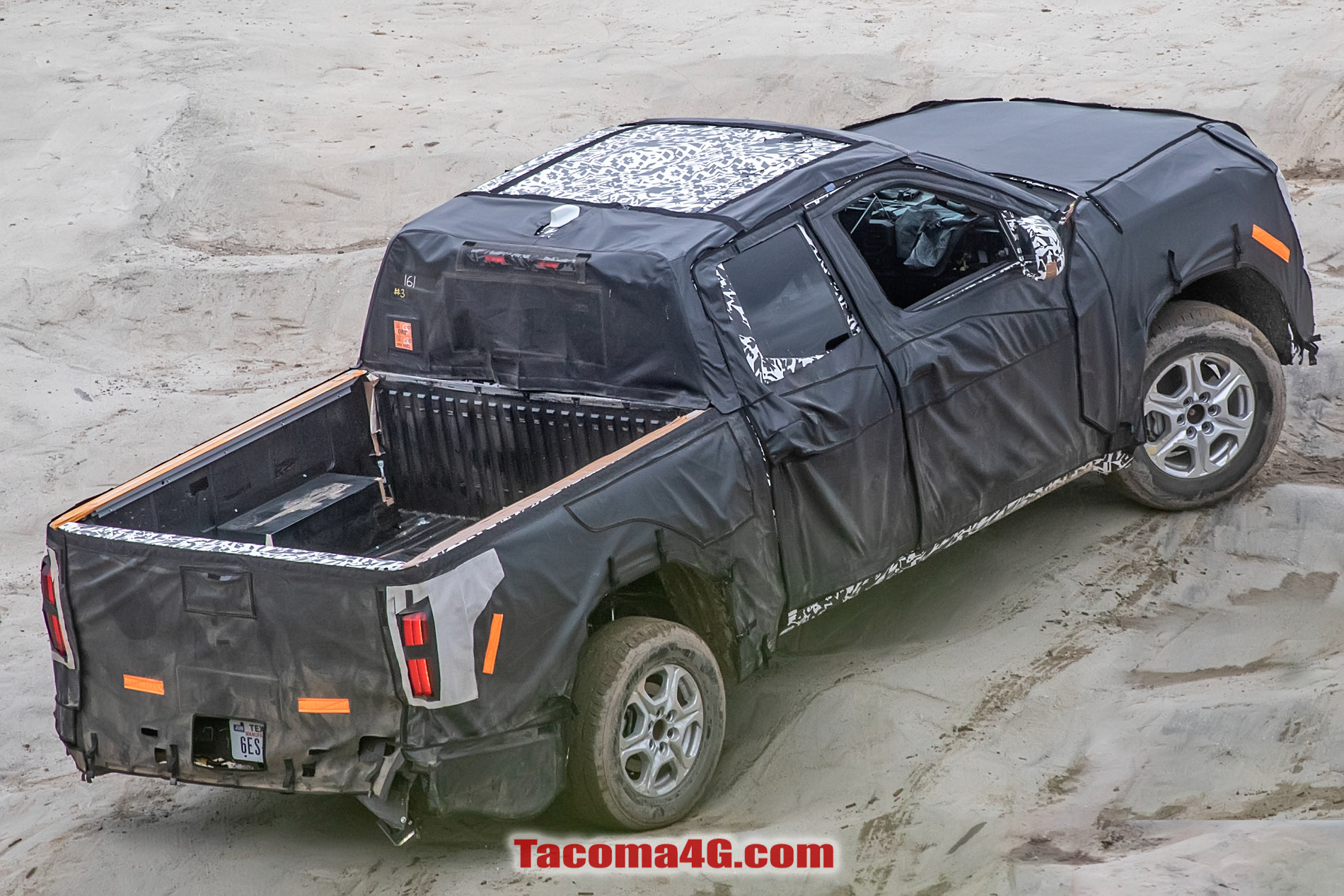 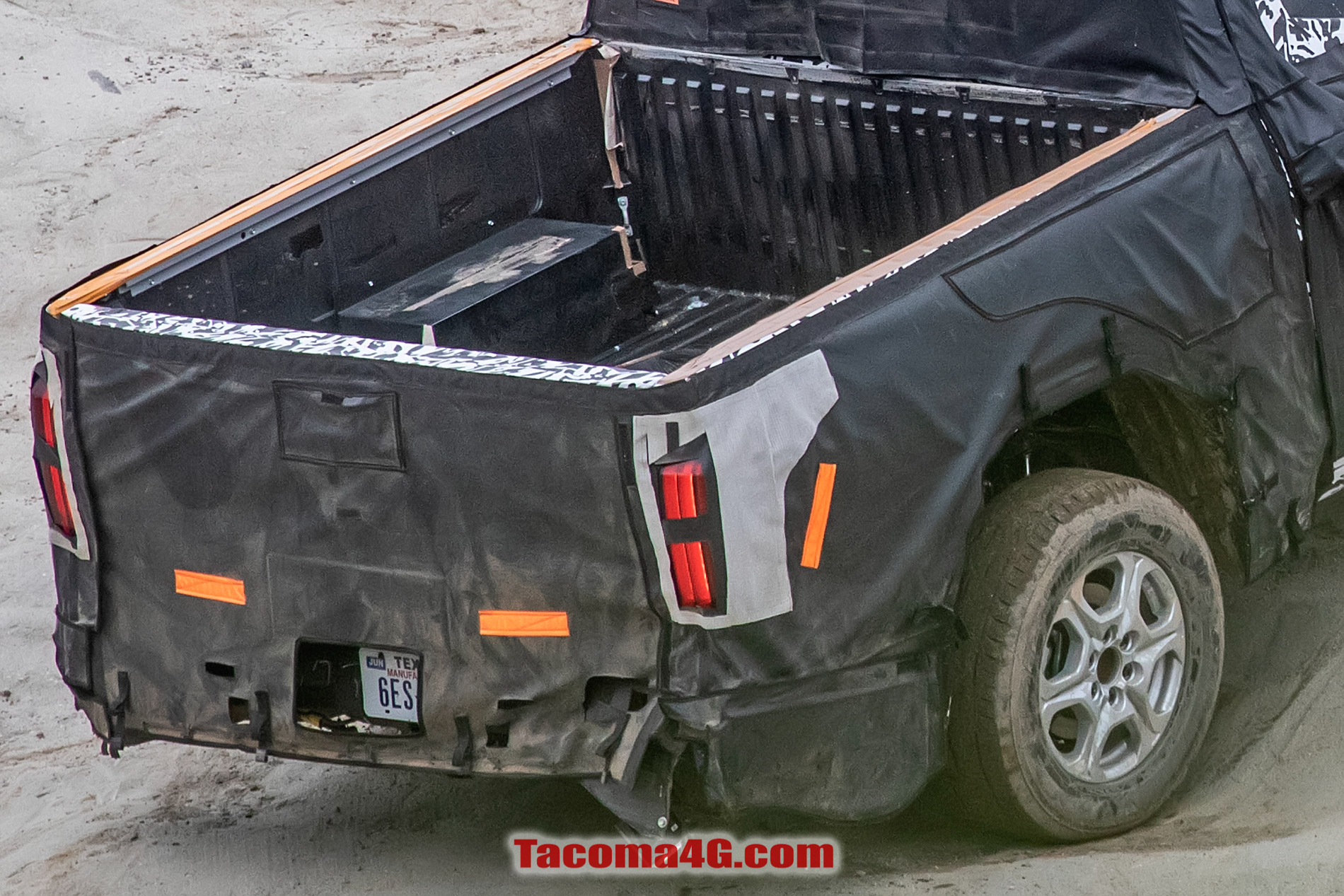 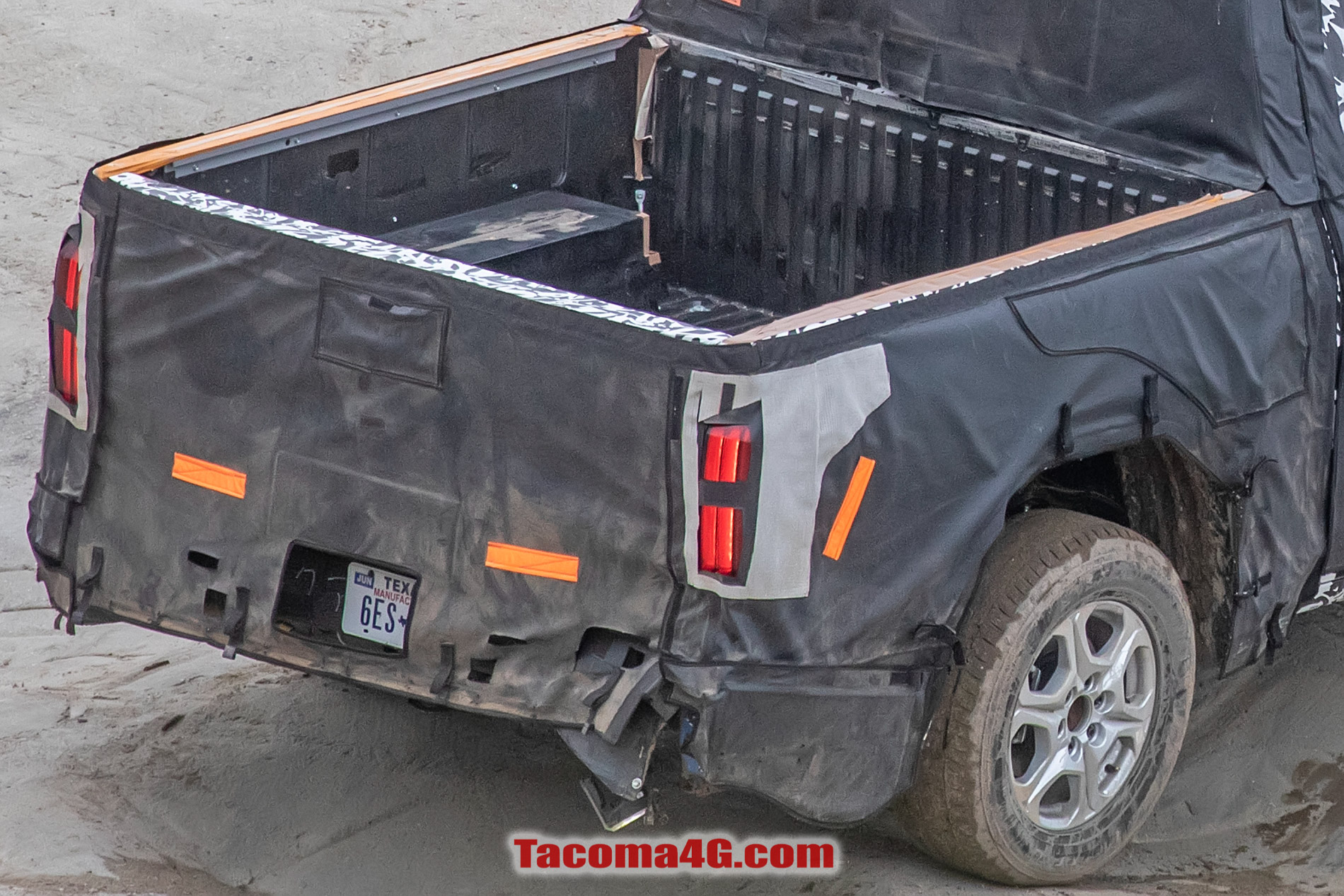 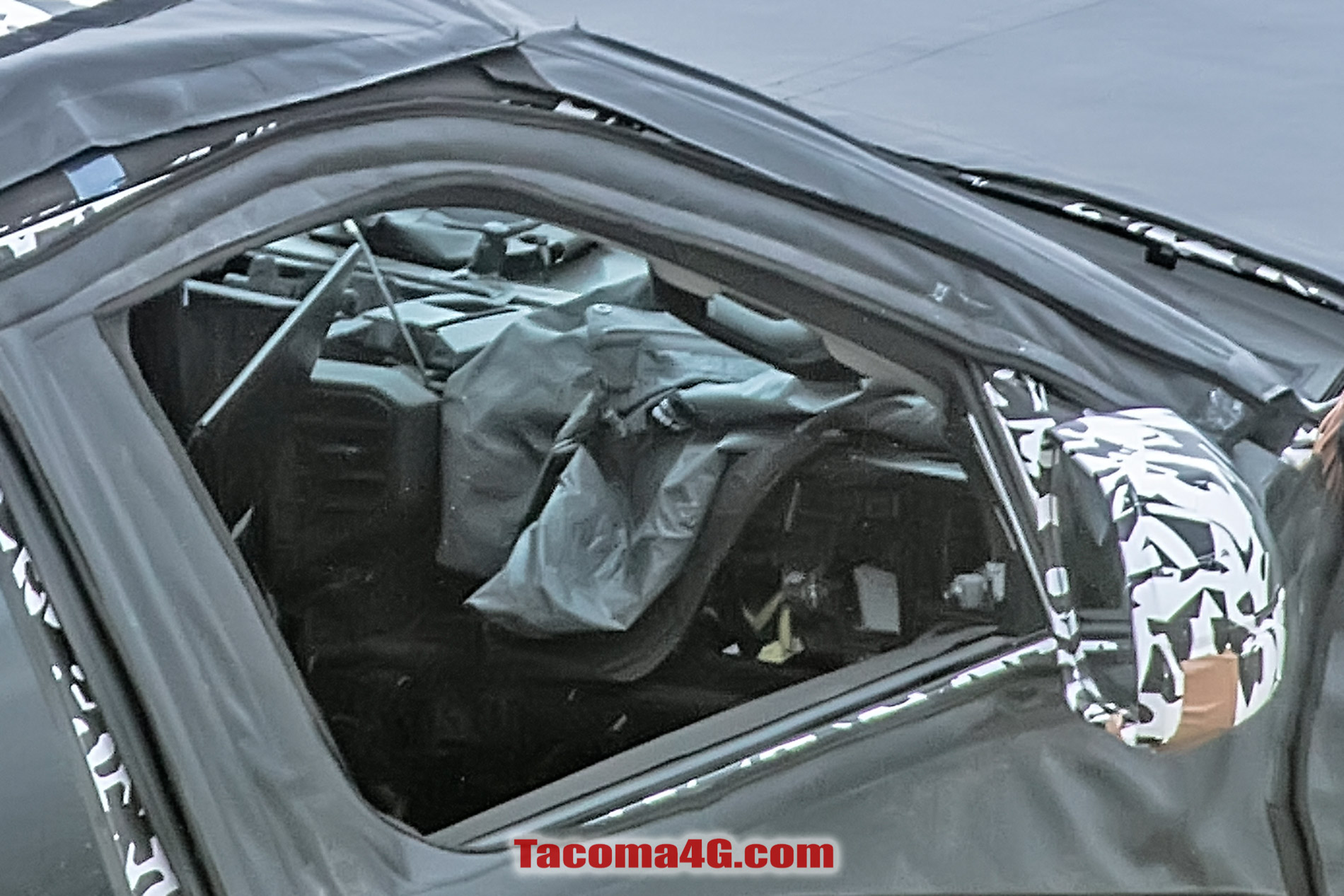 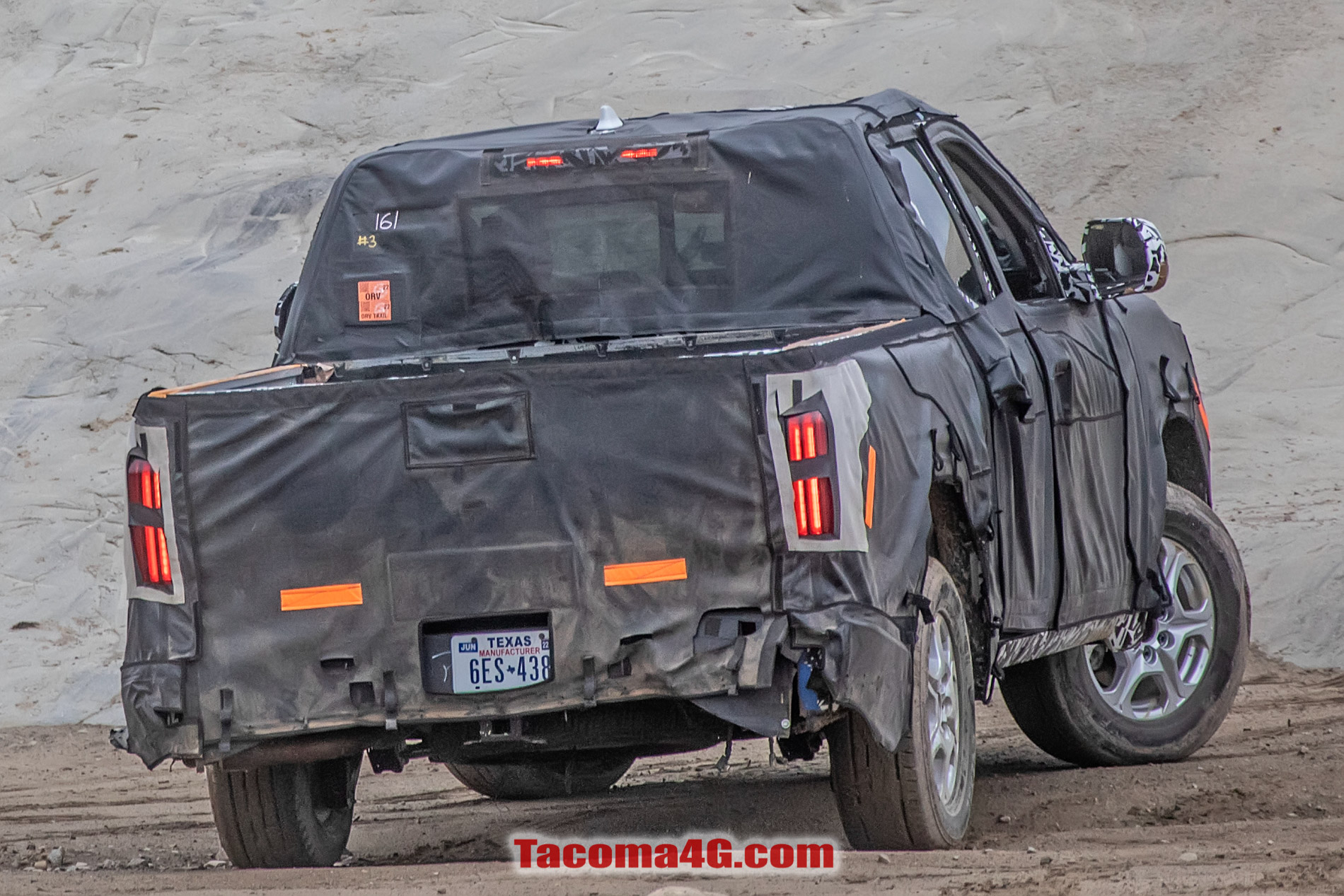 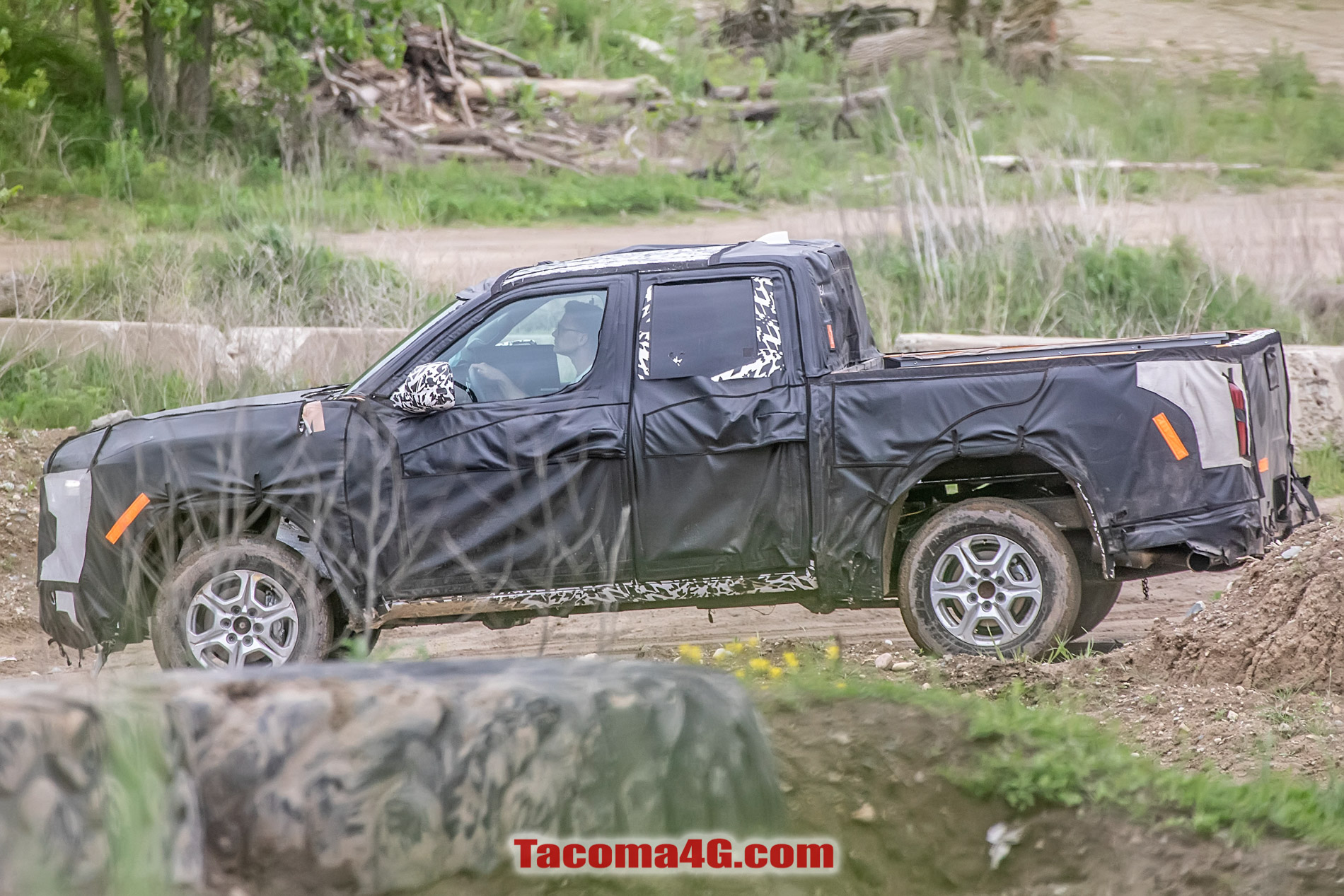 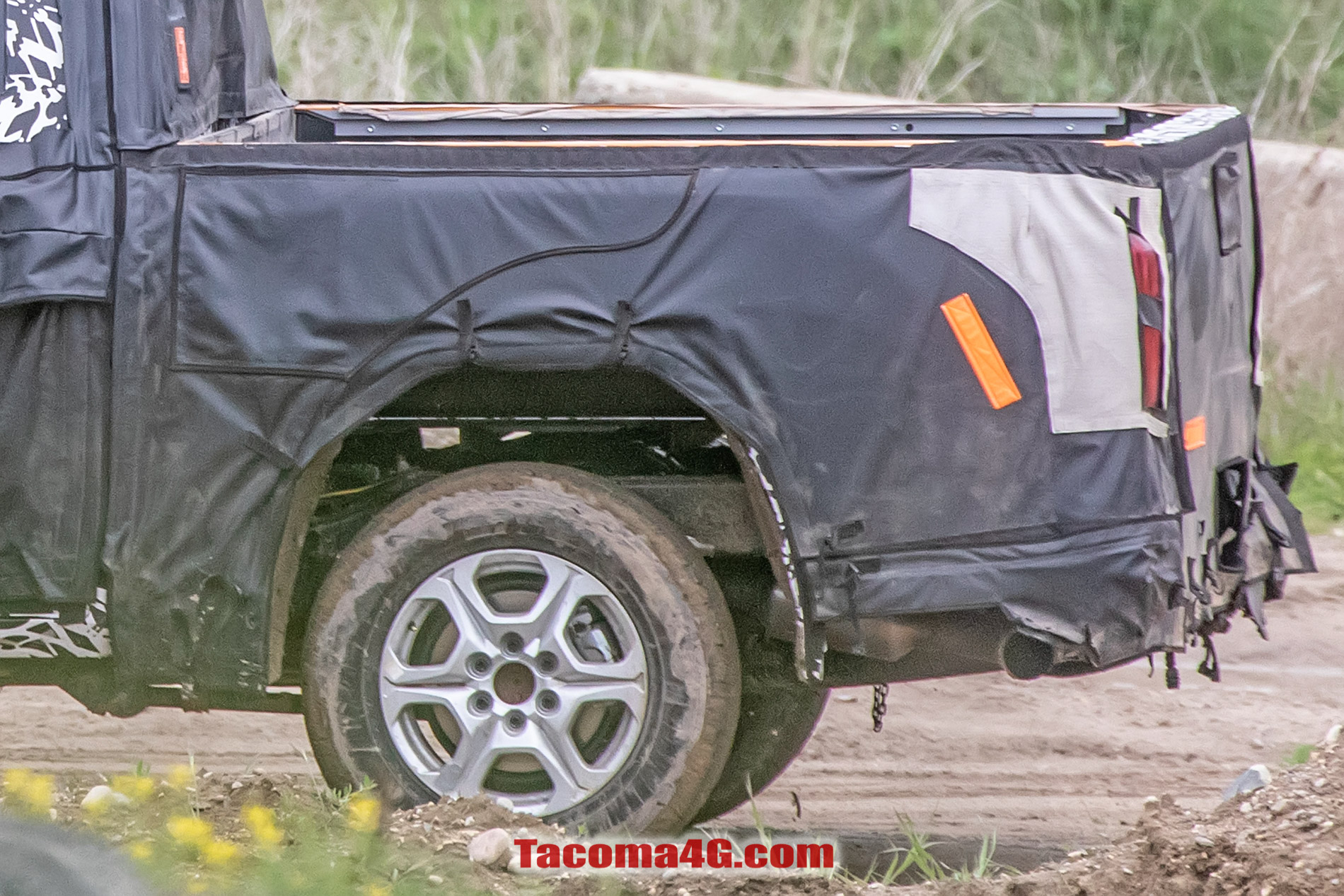 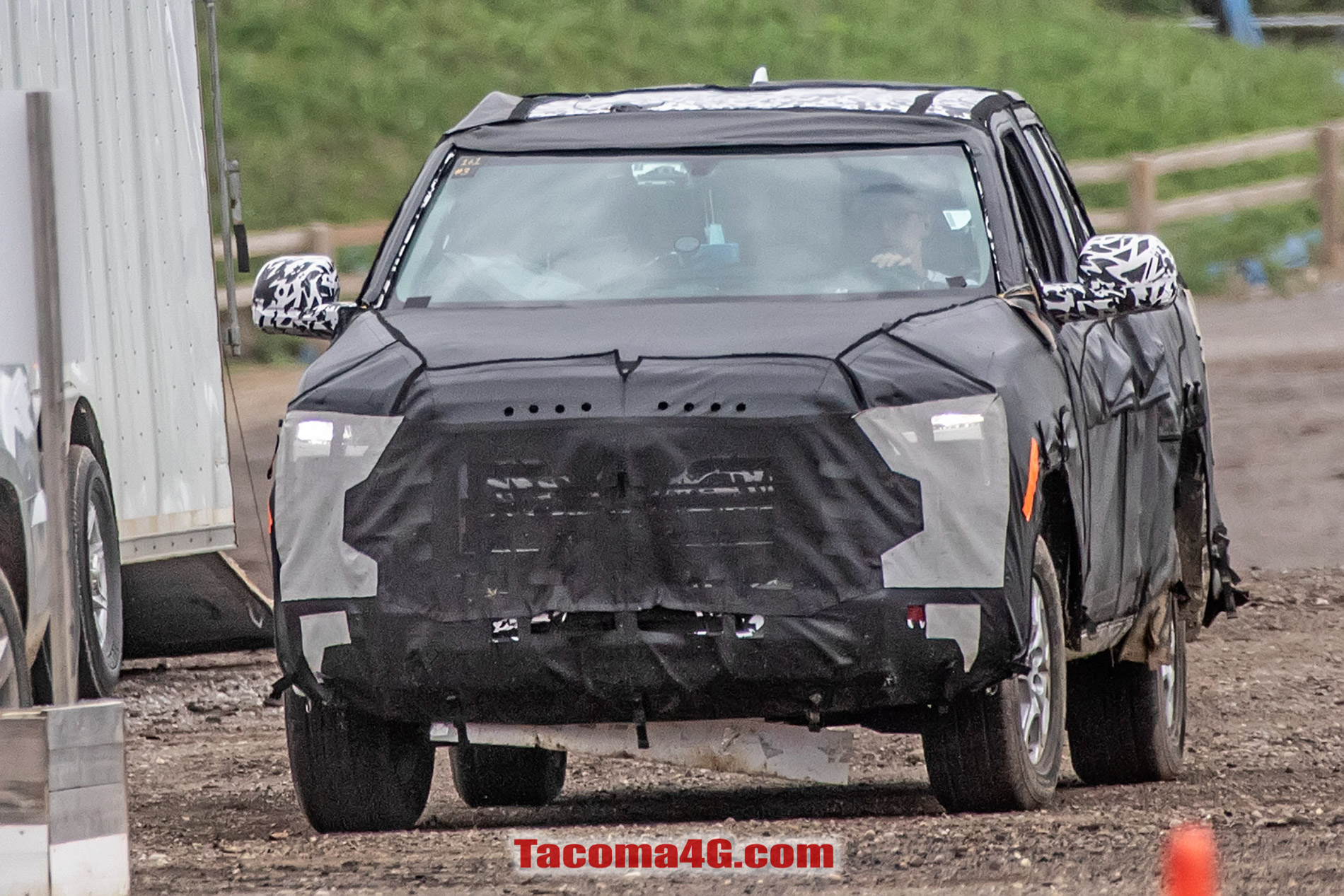 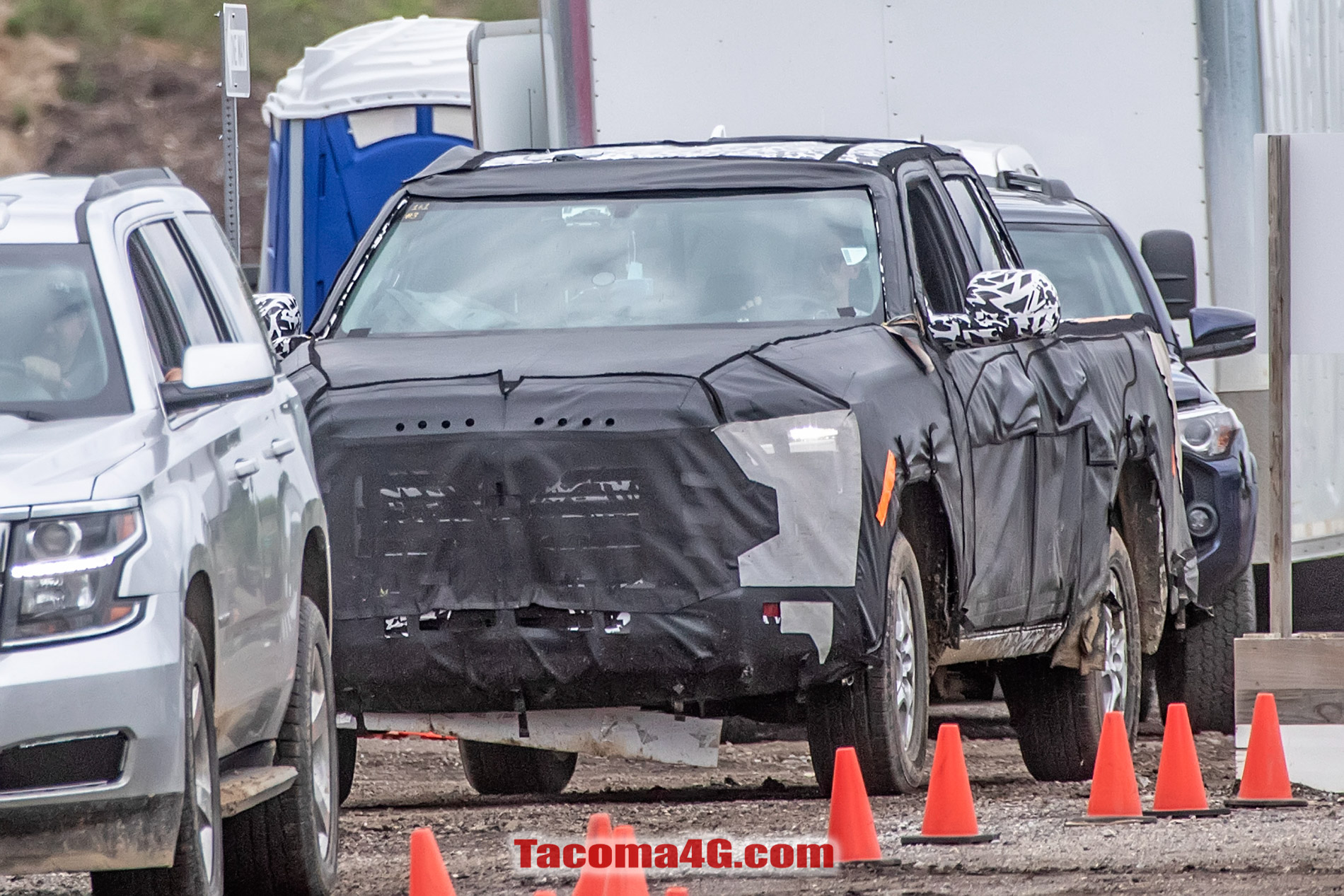 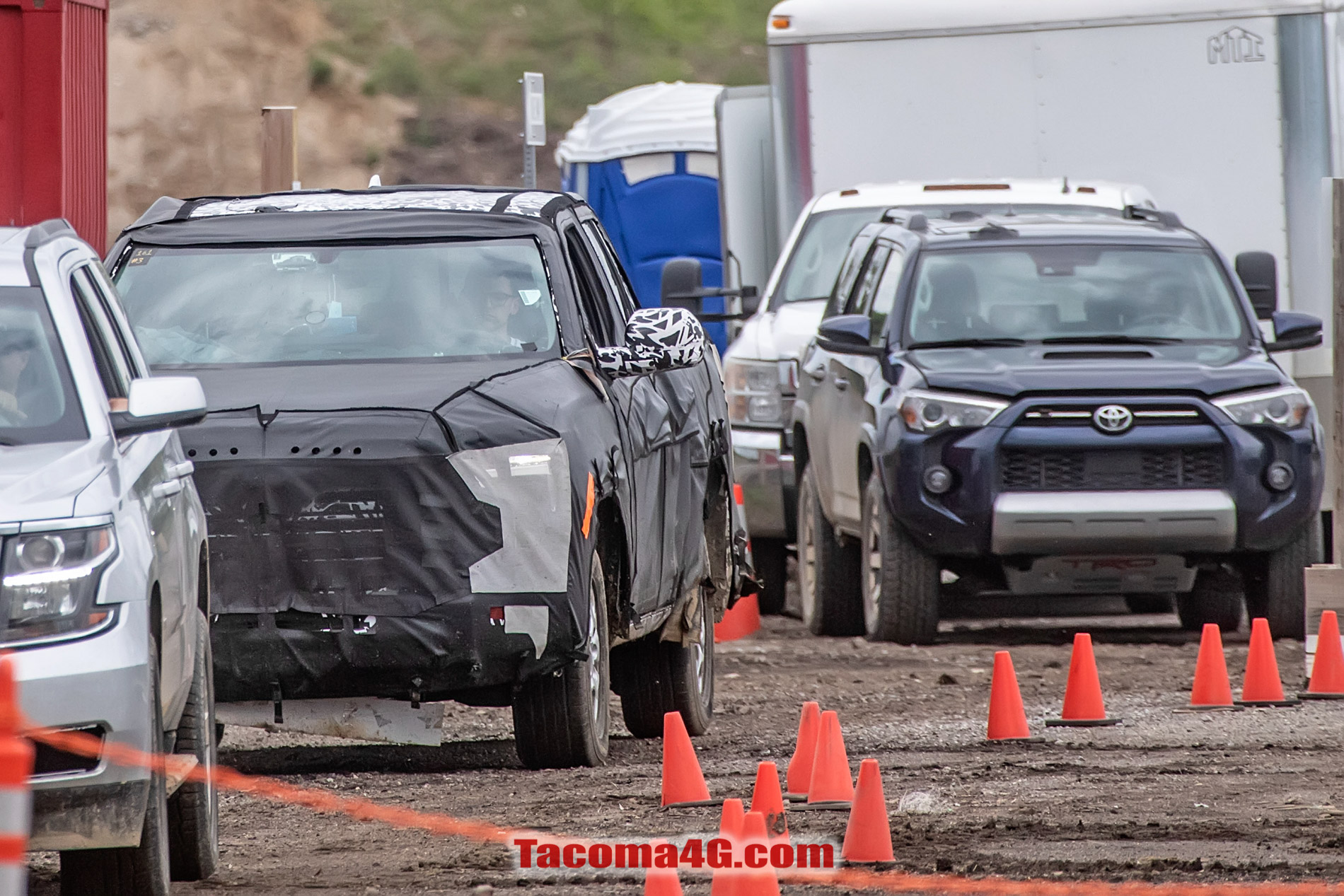 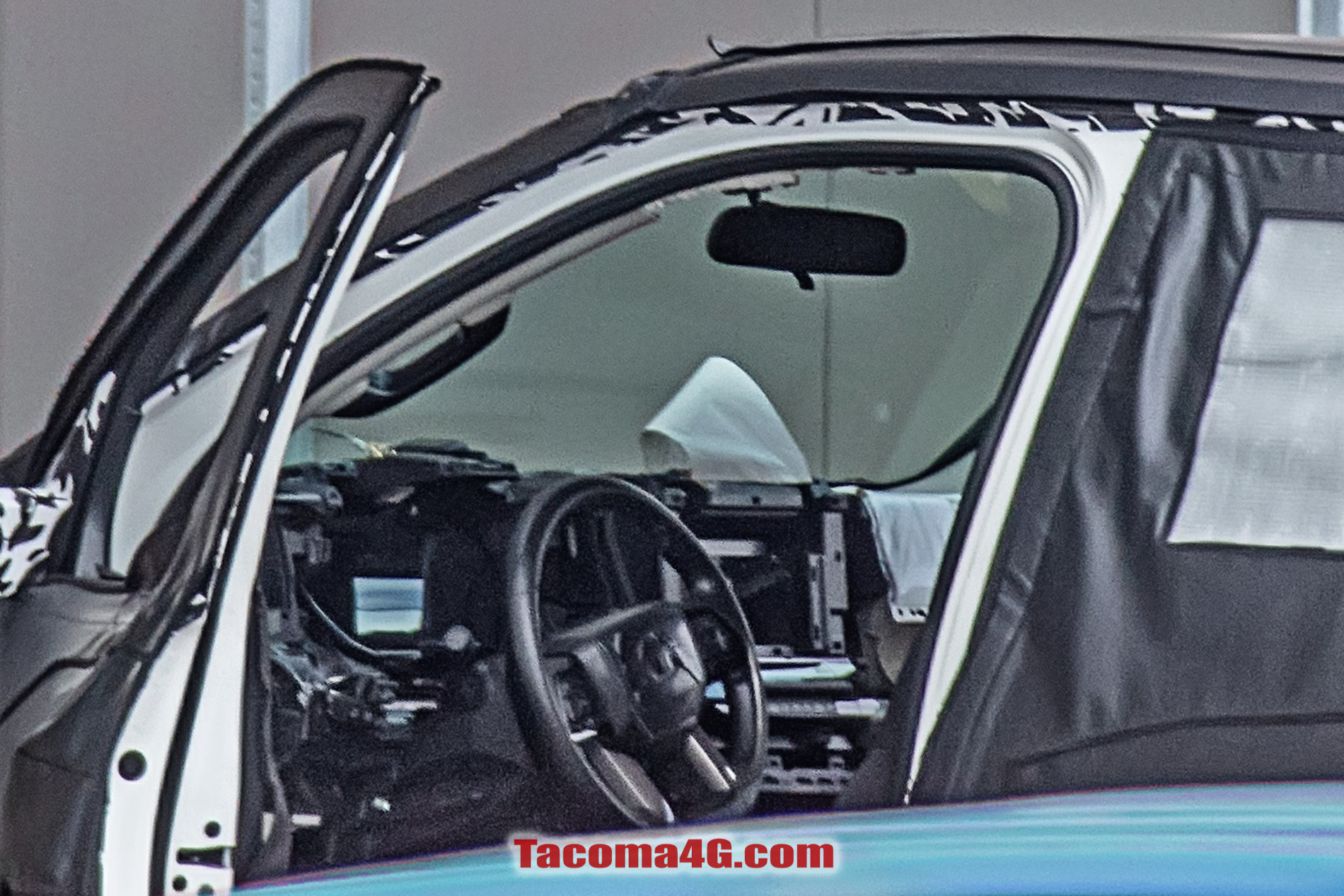 Glad to see some more news about this. I am hoping for a early-mid 2023 release as I'm not sure I can wait much longer than that for one. Provided it has a hybrid focused on MPG.

It is looking more and more like a mini Tundra in the details, which I was hoping it would be a little different but should be fine.

I am still wondering why we are only seeing what looks to be extended cab models being tested....

The proportions of these mules are just strange. I get that the sides are basically a Tundra Double cab and short box. Just weird that they don't use current body parts on the mules, like the Tundra did.
Last edited: May 30, 2022

Mrknowitall said:
The proportions of these mules are just strange. I get that the sides are basically a Tundra Double cab and short box. Just weird that they don't use jurrent body parts on the mules, like the Tundra did.
Click to expand...

Yeah seems like they are using tundra parts and cutting them down. I was really confused by the interior untill someone mentioned that they are probably just cutting up the Tundra interior as a place holder since it will most likely be similar.

I am hoping we start seeing some more stuff soon. 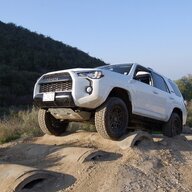 Thanks for the spy pics. As I said in my other post - with the all new 2024 Tacoma due next year I was hoping we'd be seeing more than cobbled together test mules at this point. Has anyone seen pics of prototypes that are more advanced than this or is this the most advanced form spied so far??
You must log in or register to reply here.
Share:
Facebook Twitter Reddit Email Link
Top